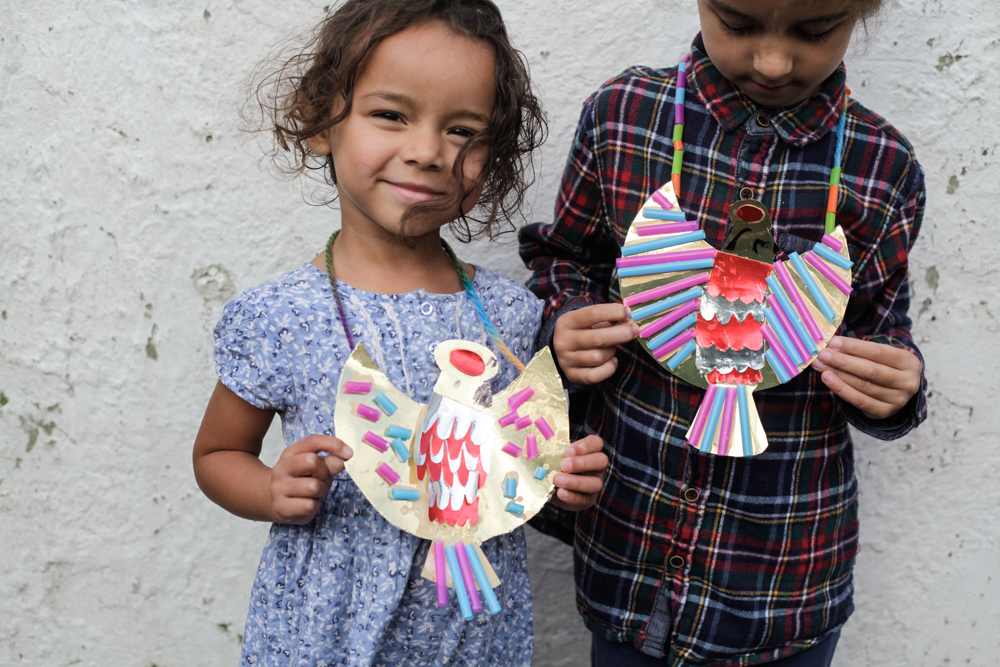 We’ve changed a few things in our routines over the past couple of months and one of the things we’ve enjoyed adding in has been a history curriculum. Talitha’s at an age now where she’s really interested in different historical eras and can start holding onto and arranging this information. Following something just allows us to make sure to make time for it and keep it going.

So I’ve been reading her Story of the World and using the activity book that goes with it to give us ideas of how to take things further. She’s also started a monthly history workshop at the museum which lines up fairly well with the order of the book.

We’re on Ancient Egypt at the moment and she’s so intrigued by it all – the mythology, the pyramids, the mummies, the aesthetics. I aim to make time for history a couple of times a week but more Ancient Egypt is basically on request daily. Looking for a few more bits to help us explore, I gathered together other Children’s Books like this Usborne Activities Egyptian Things to Make and Do. I spotted a Flat Stanley goes to Egypt book so I may have to get a hold of that too.

Talitha was quite taken with the make and do book and disappeared for a while to re-emerge with this dancer paperchain, mixing men and women. It’s just a bit of fun but it’s really helped to cement the imagery in her mind.

Since we’ve been reading about the Ancient Egyptian gods and the pharaohs, she wanted to make a pectoral. They both got into this (I helped Ophelia with some of the cutting), while I read them Egyptian Myths by Jacqueline Morley.

By the way, I’m really, really not into using plastic for crafts unless it’s to reuse something before recycling it but we’ve had these straws from something or other for years so I figured they might as well get some use.

I love that they both looked at the pictures and decided to do their own thing.

Next, Talitha wants to make the mummy in a coffin craft further along in the book, to tie in with the story of Osiris who gets tricked into lying in a box and then fatally trapped in there by his brother Set (yes, these myths are dark!). On the subject of mummies, it really amuses me that with all the mummies we’re seeing around at the moment, they’re connecting them with Ancient Egypt rather than Halloween!

I’m really enjoying learning alongside them because I didn’t learn about the stone and iron age or the ancient Egyptians when I was in school. Certainly, we wouldn’t have had the resources to learn about it the way they are with all these books, videos and crafts. I’m looking forward to seeing them creating their own projects, inspired by all we’re coming across.

We may well pause here until Talitha has exhausted her interest in this era and older friends have done. It could be a while.

This post was brought to you by The Works