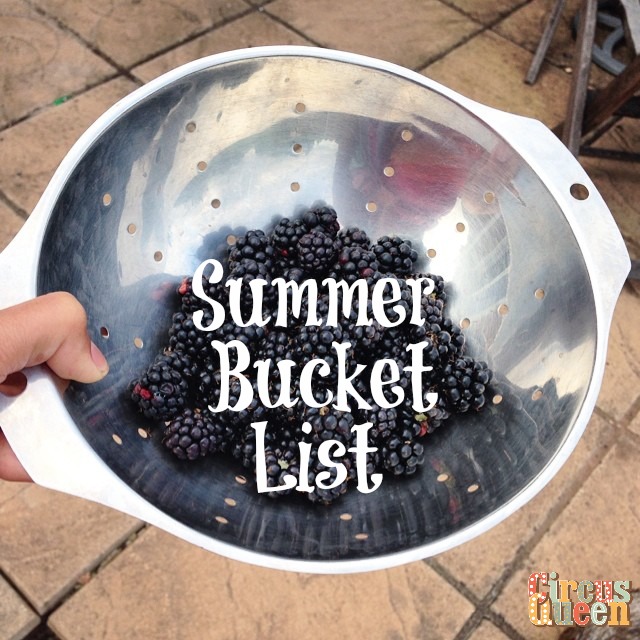 I do love a to-do list. Just not the chore kind. Those lists depress me. A list of fun things to do this summer, though? That I can get excited about. Since we actually managed to do everything on our slightly insane Advent Calendar, I thought we’d try a summer list and see how we fare. So, here goes. Autumn officially begins on September 22nd so that gives us nine weeks of summer. Nine weeks, nine goals? Let’s round it up to ten.

1. Go on an open-top bus tour of our home city
Talitha has been intrigued by the red Bristol sightseeing buses and keeps asking if we can go on one soon. I’d actually really love to do it because despite having lived in Bristol for four years, I feel that I know very little about the city. I always wished I’d done on of these tours back when we lived in Brighton. Maybe we’ll do that one day yet too. Years ago, I sat on the top level of one of these with a friend in Belfast. It was an interesting experience both because of the city’s fascinating history and the fact that it rained pretty much the whole time.

2. Read five novels
Nothing says Summer for me like ignoring my responsibilities in favour of a page turner. I’ve become so lame at reading fiction lately, though, and I’m desperate to fix that. I’m kind of hoping I manage to read more than five but better to under-promise, right? Wish me luck and recommend a good read.

3. See an outdoor children’s play
We’ve been taking Talitha to the theatre since she was 18 months old and she has loved it every time. I’d really rather go see some open air Shakespeare but am accepting that that might be a bit hit-and-miss with Ophelia unless we leave her behind so it might be a safer bet to go for something we’ll all enjoy together.

4. Make blackberry jam
The brambles in our garden (well, the mental overgrowth behind our garden which is taking over our garden) are heavy-laden. I picked a few thinking, “hey, free fruit” but a friend mentioned making jam with hers so now I’m possessed by the idea. We will do it!

5. Build a tepee
I saw a tepee in – I think it was last month’s – Country Living and thought it would be so sweet to make one for the girls to hang out in in the garden. Anyone who knows me well knows that this isn’t the kind of thing that comes naturally to me. I will give it a bloody good go, though. Kids are forgiving.

6. Go on a bug hunt
I tried to make a snail I picked off the courgette plant the other day sound the most alluring thing to hold but my three-year-old wasn’t even slightly interested in touching the thing. She is interested in crawlies but only from afar. I’m hoping that a bug hunt might get her to take a closer look.

7. Barbecue on a beach
We’ve had a LOT of barbecues so far this year but none of them on a beach. So, it needs to be done.

8. Make ice cream
I’ve always wanted to try my hand at making ice cream and now I have the perfect opportunity. My brother and his wife left their ice cream maker with us while we’re moving house and not a day goes by that Talitha doesn’t ask me if we can use it! I’m fully expecting this to be something of a disaster.

9. Go wild swimming
I was going to put visiting the outdoor swimming pool in Portishead on this list since we planned to do it last year but never got around it. Laurence suggested we give wild swimming a go, though, and actually that sounds more bucket list worthy. I will still try to make it to Portishead though.

10. Set up nine outdoor art activities
I’ve been trying to commit to encouraging Talitha’s process art. Mostly it’s involved leaving materials around but I do find that I need to plan ahead to make them inviting, even if it just means clearing the rubbish off her table and laying out some pens and paper. I’m hoping to lay out a few open-ended activities that require a little more forward planning and just see what happens.

So, that’s our list. I’ll let you know if we actually manage it all. What’s on your list?

Then she was four – Octonauts party