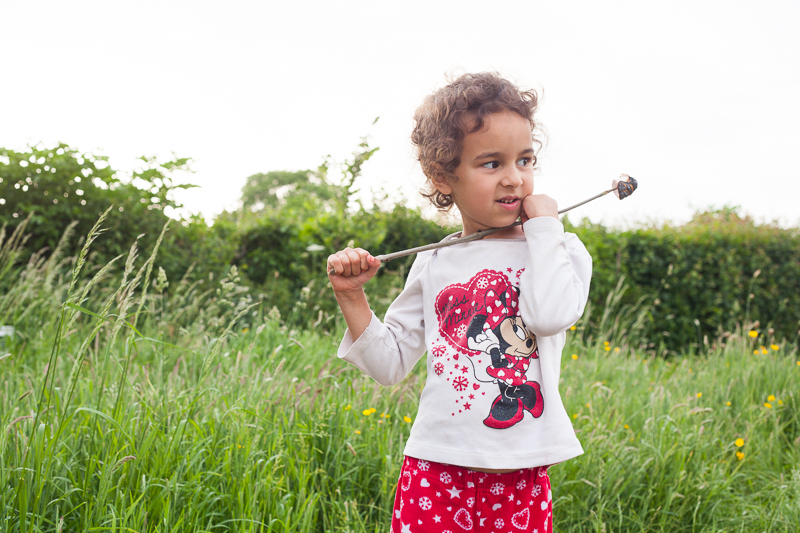 It seems that a lot of people are struggling with getting the kids the bed at a decent hour now that the summer is here. I won’t at all pretend we’ve cracked it. Some nights are a dream and others are a lot more challenging. I thought I’d pool together a few thoughts on what’s been working for us as well as suggestions from other families. Please do chip in with your own (and leave behind anything listed here that’s not helpful).

1. Declutter
We’re all impacted by the environment we sleep in and kids are no different. Could it be time for a teddy cull? Is the bookcase overflowing? A bit of decluttering may make for easier settling in the evenings. It may not be possible to ban toys from the bedroom, especially if the room makes for prime storage space but even reorganising how things are laid out can help.

2. Blackout blinds
Is the room dark enough? The evenings are confusingly bright at the moment. It could be worth considering black out blinds or curtains to help children wind down.

3. Earlier bedtime
It may sound counter intuitive but sometimes going to bed earlier can make for faster bedtime routines, later waking up times and even better quality sleep. This is certainly true for my two-year-old. I think, realistically, a ridiculously early bedtime of 6.30 or even 6pm suits her perfectly, though that’s often not achievable for us. At the very least, starting bedtime early can mean we finish it around the time we originally wanted to so I’m not stumbling downstairs at 9pm, frustrated that I don’t have much of the evening left to do my own thing.

4. Later bedtime
And now I’m going to suggest the opposite! I know a lot of families who opt to let their kids stay up until they naturally want to go to sleep and they find this works well for them. They avoid bedtime battles and the kids sleep in later. Obviously, this only works if you don’t have commitments the next morning and it could mean swapping your adult-only evenings for adult-only early mornings.

5. Cool down
With the warmer weather at the moment, could your kids actually be feeling the heat when they’re trying to unwind? Children’s rooms are often the smallest in the house and therefore most likely to trap warmth. Cooler pyjamas, opening windows, lightweight bedding and even a fan could sort that out.

6. Essential oils
Some people swear by a drop or two of lavender in a bath or a chamomile spray in the bedroom before bedtime.

7. Exercise
Are the kids getting some time to run off some steam earlier in the day? Extra points for physical activity taken in the outdoors.

8. Light
Is it too light? Too dark? Could switching from a blue night light to a red one help your littles? It might be worth playing around with this a bit to see what works best for them.

9. Staggering bedtimes
If you have more than one child, putting them to bed together can make for dreamy synchronisation. Other times, they may just keep each other up. We find this is sometimes the case here. Five-year-old Talitha might be keen to go to sleep while her two-year-old sister is anything but. They share a room so it can be tricky. We’ve been considering letting Talitha stay up while we put Ophelia to sleep and giving her a lamp to read by until we can be free to tuck her in.

10. Accepting that this too shall pass
Sometimes, nothing works and the only way around a battle is not to play your part in one. Blink and things will change. The Summer solstice is almost here and, without wishing the summer away, you can hold on to the fact that Autumn and earlier nights are on their way.

Over to you, do you have any ideas to add?