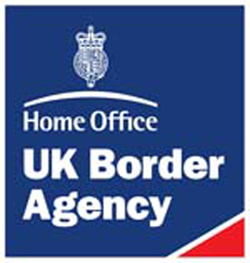 I passed the “Life in the UK” test on Saturday.

It’s a good job I did because my marriage visa expires this week and I need to apply for permanent residence before it does.

So, appropriately, I started studying on, oh, Tuesday. Nothing like a last minute rush to put the fear of God in you, right? I think I have a problem. I need Procrastinators Anonymous or something. But, darn it, I’m lucky. Or greatly blessed.

To be fair, quite a lot of what I needed to know was covered in the Public Affairs course I’d taken as part of my journalism training. We needed to understand how the education, social, judicial and political systems in the UK work.

I approached the Life in the UK handbook with suspicion, expecting to encounter the ridiculous. I’d heard rumours of how useless and niche its contents were.

In some respects, it lived up to the hype. It explained what a pub was and listed the most popular sports in Britain. Surely my life in the UK would not be too affected by not knowing when the Saint Days are.

However, on the whole, I felt that the ground we were required to cover was surprisingly reasonable. A lot of it was common knowledge you’d acquire simply by living here (how to claim benefits, the ages at which children take key stage exams) but nonetheless worth knowing.

I got annoyed that I spent a disproportionate amount of time studying the history of Britain only to discover that this was not included in the test. A lot of it was familiar anyway, especially the Early Modern stuff.

Weirdly, as I read it, I no longer felt that I was reading a history of mere peripheral importance to me. For the first time, I saw my position in the meta-narrative. Yes, I play the migrant. I’m used to that part.

I’ve gone from disparaging the settlement process to accepting it. I still struggle to get my head around how extortionately expensive it is but I’m beginning to see some value in it.

I realised that when I was getting ready to go into the exam room and another candidate exclaimed: “Why would I need to know what the role of the Chancellor of the Exchequer is?!”

Well, I’m of the opinion that if you intend to live in a democracy permanently, it is your responsibility to educate yourself about its politics and knowledgeably exercise your right to vote. But hey that’s just me.

So, I’m one step closer to being British. I’m still an ocean away from feeling British.