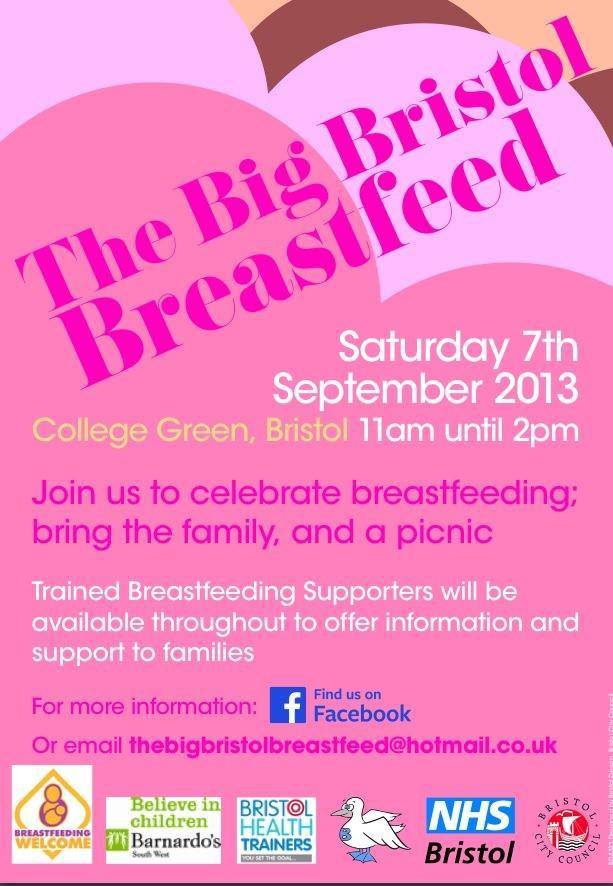 Truth be told, I’m not 100 per cent sure I can make it since it’s our anniversary weekend and the timing might conflict with other romantic things (breastfeeding can be counted as a bit romantic, right? Laurence has been my star supporter, after all). I’m really hoping there’ll be a big turn out as this event runs into its third year though.

It runs from 11 until 2 and families are invited to bring their picnics and come have a chat. Just to be clear, it’s not about “evangelising” or “guilting” anyone. It’s simply about getting together to support breastfeeding mums (and mums who want to breastfeed) and generally say in a public way: “Hey, this is a really positive thing!”

It’s also a great opportunity for people to find out what breastfeeding support is available in Bristol, especially in terms of the fab weekly groups that run. We’re so lucky in Bristol to have so many knowledgable and motivated mamas who genuinely want to help each other.

Hope lots of you can make it and maybe see you down there.