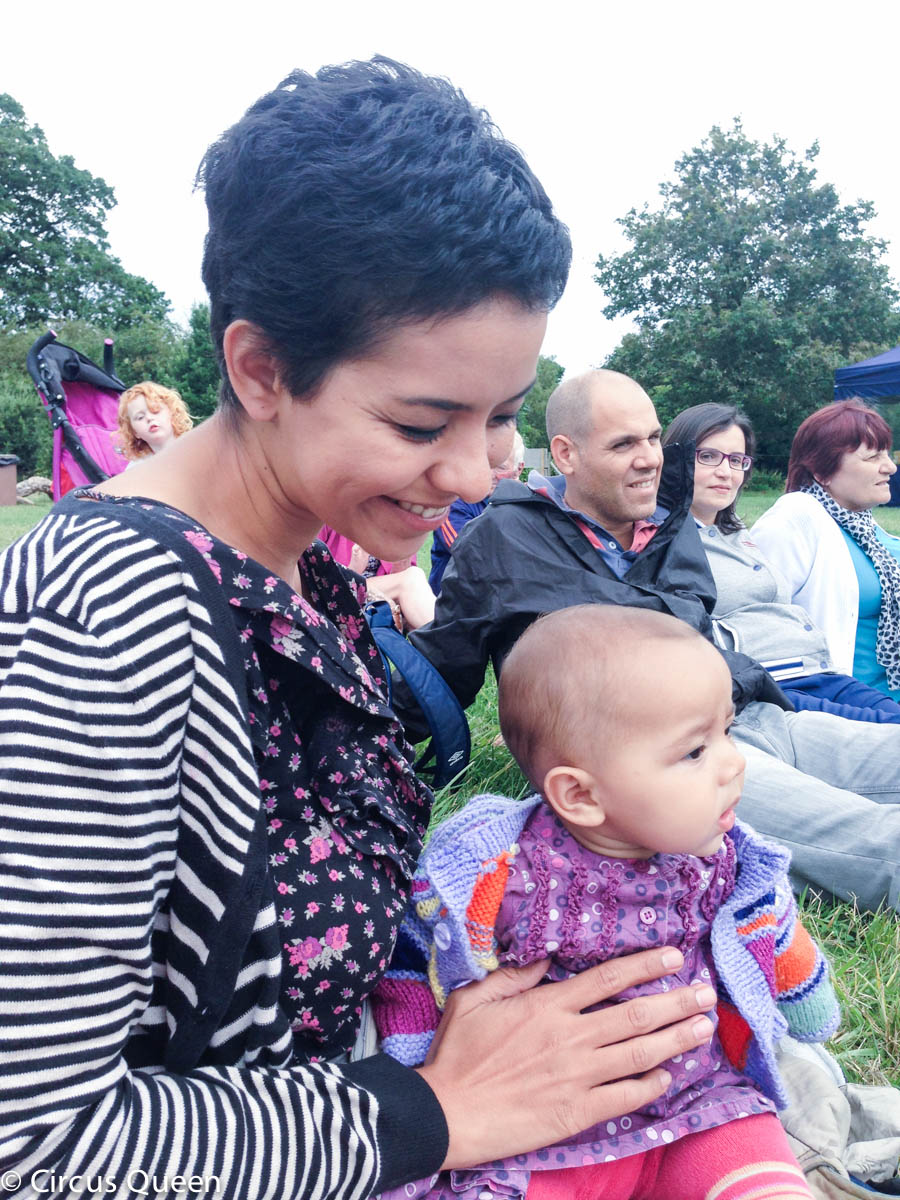 This weekend we ticked another one off our summer bucket list by going to see Alice in Wonderland at the Wild Place. It was a great setting for it because we got to walk around and see some of the animals before setting up our picnic supper for the play.

It was the fourth play Talitha’s been to see and it’s just happened that my mother-in-law has either taken her or joined us each time. I have positive associations with my grandmother and trips to the theatre. I wonder if my girls will have the same.

I have to say I think the actors and audience were all pretty hardcore British about the weather as it rained off and on throughout the performance. I worried that this might be putting Talitha off as she sat rather solemnly throughout the whole thing. But she’s kept telling me: “The white rabbit man said, “I’m late, I’m late, I’m latey latey late!” She also asks when next we can go see a play. That makes sitting in the rain worth it to me!

I love that she’s getting to see real people taking up everyday objects and, essentially, imagining together. Even Ophelia was quite taken with the whole thing. For the first half she mostly sat up on her grandmum’s lap, taking in the strange sights and sounds. The second half she and I spent walking around for a jig to sleep – so, thank goodness it was an open-air play!