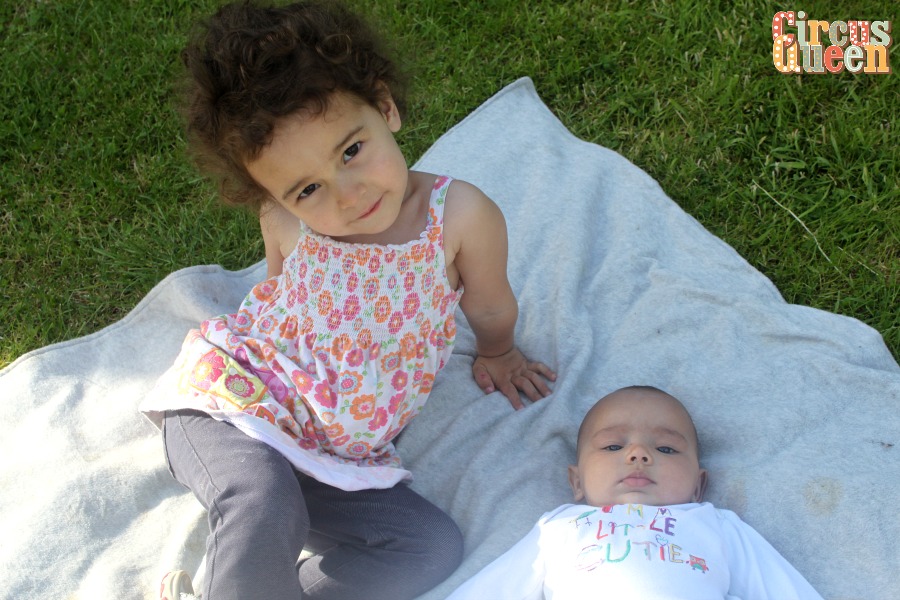 Sweet sounds
Though I’ve accepted that The Wheels on the Bus and Winnie the Pooh are here to stay, I’m relieved that we can occasionally listen to something that doesn’t send me over the edge. Something like this:

Sweet treats
We’ve been trying Apple & Blackcurrant and Mango & Pineapple “waters” sent to us by Vita Coco Kids. It’s basically fruit-flavoured coconut water with a lot less sugar than most kids’ drinks. They’re light, simple and really just a little sweet. We don’t drink juice often so they’ve been an occasional treat for us (mostly drunk over the birthday weekend). Talitha and I have both been enjoying them. I’m interested to see what she makes of the real thing straight from the coconut when we go to Trinidad later this year.

Sweet games
Before Ophelia was born, I wasn’t sure Talitha would find her very interesting for a long time. I certainly didn’t expect they’d be playing this soon! Talitha often hands Ophelia toys and makes it her mission to get her to giggle. She loves to exclaim: “Look, Mummy, she’s smiling at me!” Four-month-old Ophelia seems to think Talitha is fun incarnate. That helps since her three-year-old sister insists that she’s the patient!

Sweet eats
We were down by the harbour side in Bristol around lunchtime on Saturday and happened upon this new restaurant that was just launching called Spitfire Barbecue. We both had our first taste of pulled pork and give it a thumbs up. It’s a lovely location, reasonably priced with straightforward food cooked on a traditional wood burning grill and efficient service. We’d go again.

Sweet bro
My brother turned 27 this weekend. I have a lot respect for the man he has become and feel very blessed to have a sibling with whom I get on so well. He’s such a great uncle to our daughters and is generally a softie and good egg. Glad to have known you your whole life, man.