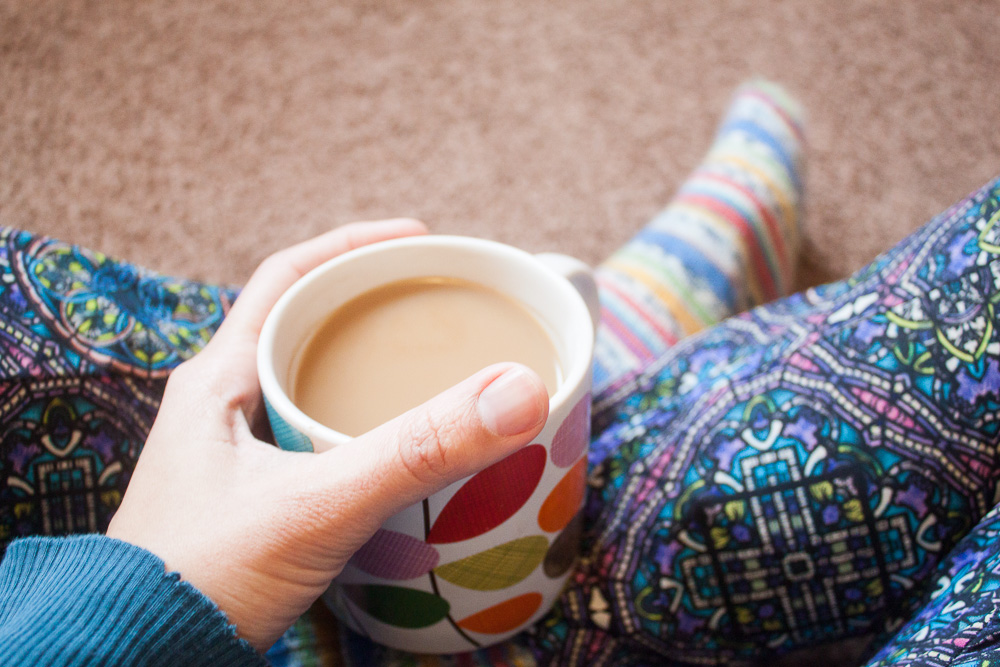 It’s been a strange sort of week. We went to Brighton on the weekend and got back Sunday night, which meant that I started the week torn between loving Bristol and missing all the friends we have in Brighton and London. A weekend away also meant that rather than recovering from this dire cold I caught at the beginning of last week, I pretty much relapsed.

Then I figured that if we were going to be stuck at home with me ill, we might as well give potty training a go because one of the reasons I’ve kept putting it off is that I find it difficult to clear our schedule. Turns out, unsurprisingly, that attempting this while not feeling well was a flop. So, Ophelia’s back in nappies and we’ll try again later on.

It’s also been a week when my anxieties over a lot of things have surfaced, heightened by bad news here and there. Nothing gives me blogger’s block (especially when I have lots of ideas) like anxiety so I almost have to write and fight my way past it to get going again. In sitting down to get fighting, I’ve realised this week has taught me quite a lot.

Every child is different
You’d think that with Ophelia turning two next month, I’d have already figured out that she’s not a mini-version of her big sister. A reminder has not been wasted. I took the same potty training approach that worked so well with her big sister and, though I’m convinced of her readiness, I’m not convinced that this is the route for her. So, I’ve taken a step back. Funnily enough, back in nappies, she’s asking to use the potty now so we’ll see where that goes. It’s reminded me that I need to get to know her on her own terms.

We thrive on a plan
Being home this week brought into focus how essential a plan is for our days. January has been a chaotic month with my parents being here, going, us recovering from Christmas, me still feeling first trimester blah, then getting struck down with this horrid cold. We have still done quite a lot but it hasn’t been as organised as I’d like. This week, I got back into writing down what we were going to do, even if it didn’t always happen, resulting in less clashing, less stress and generally happier days.

Everything affects sleep and sleep affects everything
When I’m worried or upset, it’s pretty much guaranteed that I won’t sleep well, especially if I’m not making time to be still and be with God, which honestly, I haven’t other than to mostly throw questions into space here and there. It’s been one of those weeks. Add the million bathroom trips pregnancy is so good at granting and Ophelia’s we’ve-got-back-from-being-somewhere-else waking. The bags under my eyes and the lines on my face are easily explained. It’s a cycle too because the less I sleep, the more I worry. I read an interesting article recently calling sleep a spiritual discipline. This week is likely an invitation to take that seriously.

I don’t do anything I do because I am innately patient, brave, strong or [insert other positive character trait here]
I’ve been reminded soundly this week that I don’t make the parenting choices I make or any other choices because I already have the skills and qualities I need to follow through on them but because I believe they are right for us. All that good stuff will follow with time. I’ll fail at all of them. I’ll feel rubbish about that. I’ll learn from that. I’ll probably never truly feel like I’m growing. But that doesn’t mean it’s not happening.