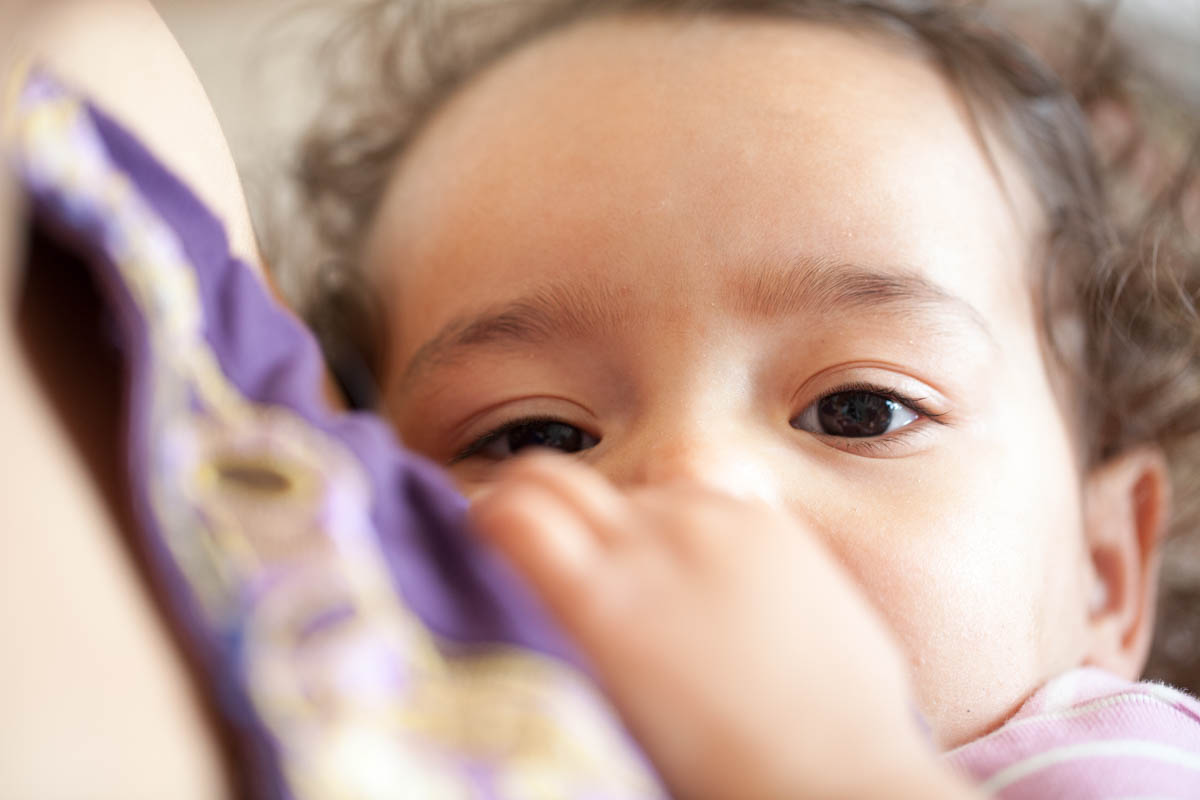 I’m 24 weeks pregnant and this is my second time breastfeeding while pregnant. Believe me when I say this is not something I imagined doing once, let alone twice.

Struggling for months to establish breastfeeding with Talitha (y’know, tongue tie, low milk production, the most stressful experience of my life), the idea of making it to a year seemed a vague “maybe”. So I couldn’t have expected that not only would age two find us still breastfeeding but that I’d fall pregnant around then and wind up breastfeeding her for two more years.

As I said before, baby number three wasn’t totally expected but we’d been talking a lot about having another. Somehow, in all that chat, I never considered about the possibility that I could be breastfeeding Ophelia while pregnant.

Even now that she’s two and we’re well beyond halfway through the pregnancy, I couldn’t place bets on whether or not I’ll go on to tandem breastfeed again when the new baby is born. The only certainty is that I’ve learned and am learning a lot through these less-discussed experiences. Here’s a little of what I’ve been reflecting on.

Every baby is different
This is obvious, isn’t it? Well, it should certainly be by now. From newborn days, Ophelia made it clear that she was not a carbon copy of her big sister. She breastfed differently, slept differently, learned to move differently, wanted different things and expressed those desires and needs in different ways.

Yet, my first child kind of laid my expectations for what would happen and when. I fell pregnant with Ophelia and night weaning was a relatively easy process. Laurence took over going to her in the night (at two, she’d just moved into her own bedroom) and she was upset about it at first but he stayed with her and within a couple of nights she accepted that this was the new arrangement. Soon after, she began to sleep through.

I have to say that this experience made me wonder when mothers said that their kids wouldn’t accept comfort from their partners whether it wasn’t simply a case of them needing to persist more. That’s because I hadn’t yet met Ophelia.

From the start, she has only wanted to know me. It took a long time for her to even let anyone else hold her and if she settled when I left the room, she would cry for me as soon as I re-entered it.

Unsurprisingly, when I fell pregnant again and discomfort kicked in, night weaning her was not an uncomplicated process. Rather, it took about three. bloody. months. Three months filled with a lot of waking for all of us and no sign of her willingly moving into her own bed either.

After repeatedly offering alternatives, reassuring and explaining the situation, she finally began to accept a quick cuddle to sleep when she woke. Gradually, she accepted this from Laurence instead of me. Now she’s starting to spend the odd night in her own bed but we really don’t mind having her in ours. She still wakes most nights but we’ve settled into a pattern that works for our family.

Every mother is different
Again, I should know this by now but the huge range of ways women experience breastfeeding in pregnancy still manages to surprise me. For me, pregnancy has quickly brought on nursing aversion and physical discomfort and it’s triggered my nausea in the first trimester both times. Other mums find it hurts but I’ve not had that as long as I’ve latched my toddler on carefully.

I have found that I absolutely cannot tolerate breastfeeding at night when pregnant, primarily because of nausea, and night weaning has been imperative for me. Other mothers manage not to night wean and even go on to breastfeed their toddler and baby at night.

I’m sure the older baby’s age can affect our experiences and choices in different ways but something breastfeeding while pregnant has taught me is that we can’t always predict what we’re going to do or how we’re going to feel.

Everything can’t be even
I think I’m a relatively easygoing person, happy to go with the flow on a lot of things. However, it’s upset my sense of order when I’ve realised that I can’t give my children the same things.

I fell pregnant with this baby when Ophelia was 20-months-old, my milk seemed to decrease more rapidly this time and I found myself offering her fewer opportunities to breastfeed during the day than I had with Talitha.

She’s always asked less than her sister did and so it’s unsurprising that we’ve breastfed less and less as the weeks have rolled by. Now most days she has just a feed before bedtime and maybe one at wakeup if I’m trying to convince her not to drag me out of bed just yet. Sometimes I have to initiate the end of the feed but most of the time now, she loses interest in moments, asks for a glass of water and a cuddle and just goes to sleep. So it’s not hard to imagine that she could possibly wean before the new baby comes.

The thought of her weaning so much earlier than her sister did makes me feel uneasy on one hand and relieved the next because if I’m completely honest with myself, I’m not certain that I want to tandem breastfeed again. There were a lot of pros. I really feel that it eased Talitha’s transition out of her position of “baby” in the family and it would be great to give Ophelia the same. Breastfeeding a toddler meant there was a plentiful milk supply for my newborn. In fact, Ophelia’s poo turned yellow on the day one, she never lost weight and I didn’t experience engorgement.

However, I never got the hang of latching them both on at once when the newborn needed so much support to stay in position and when I did, I felt hugely overwhelmed so it was only something I resorted to if desperate. That meant a lot of work in the early days helping Talitha to wait. Then again, waiting on a newborn is something older siblings must learn anyway and the early days are always challenging.

There’s a part of me that thinks the things that were difficult about breastfeeding two were simply things that are difficult about learning to parent two. As we all adjusted, it got easier and I really appreciated being able to maintain that bond with my older child, allowing her to move away in her own time, with some gentle encouragement, when she was ready.

I could lie awake at night stressing, measuring how long each one got breastfed. Yet I have almost as little control over this as I do the ability to go back in time and give Talitha the easy start to breastfeeding that Ophelia had.

I’m realising that, over the course of our lives, I will give them different things. That those things won’t always be “even” does not mean I don’t love them equally. If anything, this is just another reminder that love isn’t something we can measure.