Thinking about birth the second time around 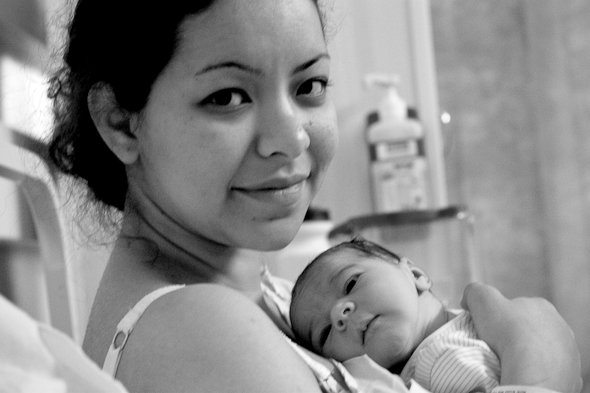 Last week, I saw an extraordinary film called Birth into Being at a screening by Relaxed Birth & Parenting and Welcome World Herbal Teas. I’ve been doing some work with them to help them market the training course they’re doing together for antenatal teachers and doulas. It’s been fun because I am so immersed in the world of babies at the moment and social media is my thing. But I’ve so far been able to keep all of the amazing birth stuff they’re talking about purely at an intellectual level…until recently. Suddenly, understandably, it’s a whole lot more meaningful to me. Because in a few months I’ll be giving birth again.

As Dominique Sakoilsky from RB&P gave an intro to the world of birth work and their unique perspective about it, I found myself tuning in more attentively than I’d expected. In a phrase, what she was saying “spoke to me”. The call to “Go inside and figure out why you want what you want” and to ask “What’s getting in the way of your birthing?” is so personal to me as I begin to debrief what happened last time and, with more difficulty, to peel away at why I found the experience so traumatic and disempowering. I’ve started arriving at some answers to this and taking responsibility where I need to but that’s for another post. I want to tell you about this film.

The births we saw on screen were stunning and simple. These were images of women seeming so utterly connected to themselves, so able to let go. Births in water, in a clear tank-like birth pool and in the sea. It’s stuff that would have seemed absolutely mental to me just a few years ago but now, I recall these moments shared and just think, that’s life. That’s real, beautiful, vulnerable, random life.

And it was absolutely not a performance. These women were so supported. There just seemed no atmosphere of pressure. Upon reflection, I think I put a lot of pressure on myself to achieve some imaginary standard of birth I thought I should. I really struggled with letting go and when I did finally let go it was because I was drunk on a combination of gas and air and exhaustion – forceably taken out of the experience, an onlooker rather than “in the zone”. I’m not speaking about this with regret, really, just observation. It does make me think there’s a lot to slow down and think about a bit more over these next few months. That, and that a doula might be a really good idea.

Episode 35
Thinking about birth the second time around