Tips for moving house with a baby 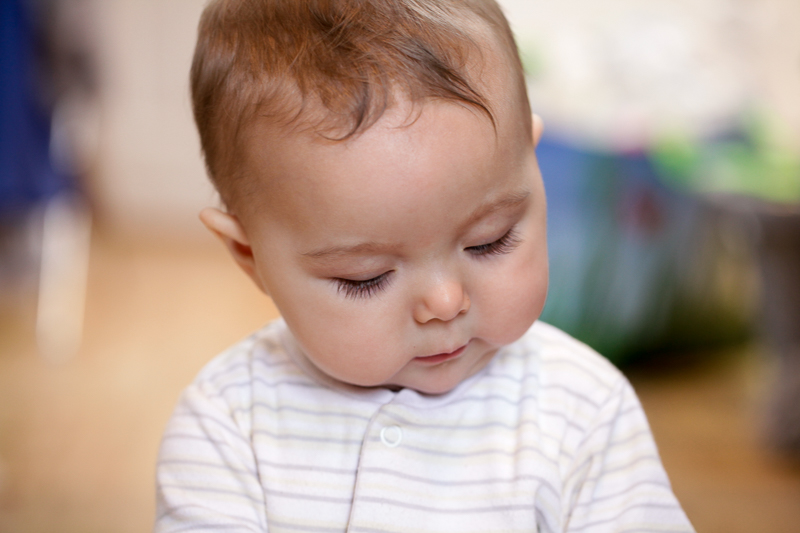 We moved from Bristol to Cornwall seven months ago. We’d just come back from Thailand with six-month-old Delilah so it was a bit of a learning curve. Working with Getamover.co.uk on this post, I’ve put together a few ideas on how to make moving house with a baby a smoother process.

Plan
I find I get easily overwhelmed when it comes to tackling big jobs like cleaning the house, let alone moving house, unless I break it down into little steps. It’s hard to know where to begin otherwise and I get stuck in details that turn out to be lower priority later on. If you’re like me, it could help to write down absolutely everything that needs to get done, working logically, room by room, step by step. Then arrange when things need to be done and discuss by whom if there are other members of your household who can take on responsibility or if you need to call in help from someone else. Then do something little from your to do list so you can tick off something right away. This helps if I’m feeling particularly overwhelmed by all that needs to be done.

Take it bit by bit
Rather than aiming to get everything done in the weekend before you move, if at all possible, spread the tasks. We knew months ahead that we’d be moving so I tried to set myself little tasks that would help in the long run, like organising paperwork or sorting out the many miscellaneous bowls and drawers we’d accumulated. Starting early makes everything much more manageable.

Use a sling
I honestly don’t know how people do life with babies without a sling. For me it’s been a game changer all three times, allowing me to keep my baby close while getting on with things, particularly if they’re in a back carry. If your baby’s not keen on the sling or if you’re not confident about using one, it could be worth checking out a sling library or a babywearing consultant near you as they may have some ideas you could try – a different sling or a different carry perhaps. It’s not for everyone but it could be a real help if you find a way to make it work for you.

Build in time for focused attention
I find it difficult to multitask and often get swept up in what I’m doing, forgetting that my baby needs some focused attention too. The thing is, while I’m saying that I’ll just get this one thing done then play with the baby, the reality is that if I stop and give her the undistracted time, she might be happy to take some time on her own or with her sisters afterwards.

Arrange pet care
We moved our cats to my in-laws when we were moving out initially and then into a cattery when we were doing the move in to our new house, a month later. Seriously, you have enough on your plate trying to keep an eye on the baby while doing a house move. It could be worth taking out of the equation worrying about your pets running away.

Declutter before and after
Having recently done such a major move, I feel passionately that we need to own less. We gave away, donated or sold about a third of what we owned before moving. Then we did the same with another third while unpacking. I’m still filling about a bag every couple of weeks to go to the charity shop. My goal is to get to the point where if we ever needed to move again, it wouldn’t be an utterly daunting task, not just because we’d have less to physically move but because everything would have a place.

Pay for packing and moving
But because we didn’t achieve that (not even nearly!) before this move, we decided to factor paying for packing into our removal costs. Laurence was away working in Cornwall more than half the working week and it just wasn’t physically possible for me to get it all done without help and we could afford it so we paid for it. It really made such a difference.

Accept and ask for help
Even so, I didn’t want to leave everything to the movers or it would have been disaster on the other end as our house was very disorganised. So I said “yes” to any friends and family who offered their help, asking them to hold a baby or run an errand for me. I find it difficult to ask for help, often feeling like I’m troubling someone but, shoe on the other foot, I’d hate to think a friend needed my help and felt like they couldn’t ask so I asked.

Get a cleaner
Having done a house move before when Talitha was a toddler, I knew that the last thing we wanted to do after a move was a time-pressured house clean so I put a shout out for a cleaner on a local Facebook group and booked one to come in after the movers had taken everything. It put our minds at ease knowing that we’d left the house in a fit state for our buyers.

Adjust your expectations
Realistically, it may not all go to plan. It may just be really stressful. You may not be able to pay for much help. You may have to accept that done is better than perfect. Understanding that things won’t always go smoothly is the first step to dealing with these problems. Moving house with a baby is an extreme experience, to say the least, whatever your circumstances. A little self-compassion is certainly appropriate here. Tie in little treats where you can (like a tea break when you’ve finished a major task) and remind yourself that you are doing something big and that you’re doing what you can.