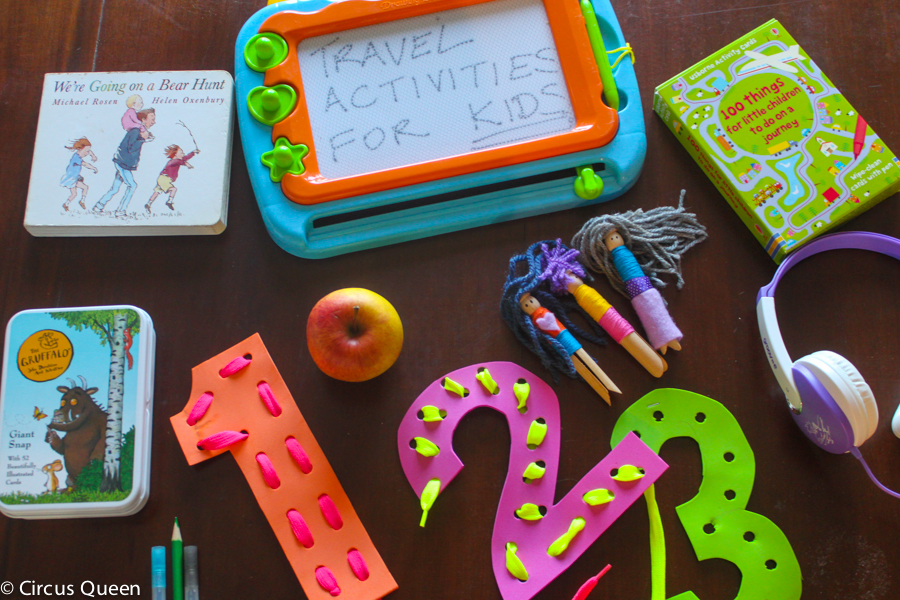 We’re going to Trinidad this year. It’s a nine-hour flight. I always resent people responding with “Only nine hours?” when I say that, as if nine hours stuck on a plane is a breeze for any small child and their grown up.

Anyway, I’ve survived it twice on my own and this time Laurence is coming too. We’ll also have Ophelia but it still feels less daunting with another reasonably rational person along with us. You choose which of them I mean. I jest. Maybe.

I’m really looking forward to planning to trips to elsewhere in the world too. As important as it is to go home, it’s all too easy to end up always holidaying there. It would be fun to plan something family friendly through a site like Tots Too at some point.

Anyway, here’s what I have planned for the three-year-old. The five-month-old will be all boob and sling.

1. Child-sized headphones. I know the airline provides headphones but I never find them a great fit myself and I didn’t want to risk Talitha not being able to tune out with some screen time on the flight. These seem a bit quiet too which makes me happy about protecting her hearing.
2. Usborne’s 100 things for little children to do on a journey. Between drawing, finding and playing, this pack of cards has LOADS to keep her busy, with the help of an adult.
3. Sketchbook, coloured pencils and felt-tip pens. Stuck on you sent us these with Talitha’s name printed on them. She’s had such a kick out of recognising her name on them and they’re nice quality too. It’s been amazing seeing her drawings develop over time.
4. Peg dolls. I loved these clothes peg dolls so much, I just had to make some of our own. Talitha chose the colours and even took one of them to bed with her one night. I’ll bet Laurence will love playing dollies on the plane.
5. Library books. We’ll be making a special trip to the library to choose some new books that can take some re-reading.
6. Apps. Of course our iPad is coming with us. If you have any suggestions of apps, I’d love to hear them. Talitha’s current favourite is Eggy Alphabet from Reading Eggs.
7. Foam letters. This is another idea I stumbled across via another blog. I made some numbers and am trying to keep them away from her so she doesn’t get bored of them by the time we fly.
8. Gruffalo Snap. Her godmother gave her this pack of cards for Christmas and she has quite the attention span for it. It’s hilarious playing with her, though, because she doesn’t always understand that we’re not taking turns saying, “Snap!” then tells us off for being unfair.
9. Snacks. For preschoolers, this IS an activity! And we even have this cute little lunchbag with Talitha’s name on it, also from Stuck on you, for her to keep all her snacks and drinks in.
10. Magnetic drawing board. I actually had to google what that was called because I’m so used to calling it an etch-a-sketch!

This is a collaborative post. See my disclosure for more details.