Travel with baby Part One: Preparing to fly 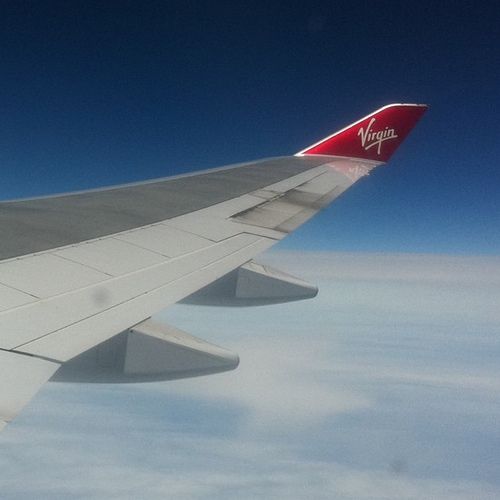 Just when I’ve sort of started getting the hang of keeping a tiny human fed, clean, entertained and relatively rested on a daily basis, the time has come to do it all on a transatlantic flight. God help me. I mean it.

This Thursday, I am taking my five-and-a-half-month-old baby and a pared back selection of our belongings on a journey from London Gatwick to Piarco Trinidad.

Since I wanted to make the most of being on “maternity leave” by visiting Trinidad for a month, I will be conducting this feat sans husband.

So, with gritted teeth and a deep breath, I’m giving it my best attempt to being something that does not come naturally to me: organised.

I’ve broken the planning down into the essential categories. If you’ve traveled by airplane with a baby, I’d love it if you threw your two-pence in.

Feeding…
Although Talitha is mostly breastfed, I still need to top up with a couple of ounces here and there of either expressed breast milk or formula so I needed to think this one through. The sources I read online and a couple of people I spoke to had differing opinions about whether you’re allowed to take liquids used for infant feeding through security.

I thought I’d clear this conundrum with Virgin Atlantic. They say I can either take 100ml of breast milk or formula aboard or bring powder and the crew will provide the hot water. I’m still unclear whether this just refers to security but it hardly matters – taking cartons wouldn’t be practical for us since I only need two ounces at a time. So, I can exhale, that bit’s settled.

But there’s another aspect of feeding that I haven’t worked out yet. I’m envisioning Talitha popping off, letting my giant boob splay on to the embarrassed business man sitting next to me, no warning given. With a baby who (quite rightly) refuses to have her head covered and melons that need holding, I’ve still not worked out a way that lets me feed efficiently while discreetly. I’m locked into lactivism by default. So, sorry in advance, fictional business man.

Sleep…
I got my act together and booked a bassinet. Phew! Not that I’m seriously expecting Talitha to sleep in there, especially not during a daytime flight. Though that would be really, really cool if it did happen. C’mon, baby. I figured it would mean sitting by the bulkheads, which offers more space. It also gives me somewhere to put her down when I need to – I don’t know – do anything that will be a lot easier two-handed.

Getting serious about catching z’s, though, I’ve got two thoughts on that. I’ve got two options for getting her to take nap (unless the plane engine proves magical) walking up and down the aisle with her in the Ergobaby carrier (I’m hoping this will also make the airport time less stressful) or feeding her A LOT. The second will only work if she’s plum knackered. See above about the distracted while breastfeeding thing.

To be honest, this is the bit I’m most nervous about. I keep telling myself not to worry about it because it might not even present a problem. I just really hope she’ll sleep enough not to be grumpy.

Changing…
The kid will be wearing disposables on the plane. Not enough room in the hand luggage for bulky cloth. Ah well.

We’ll also be doing vests and sleepsuits all the way. I want her to be as comfortable as possible to increase chances of sleep. Dressing her simply will also make the inevitable puke/saliva/poo/pee/my food changes a little less annoying. Also, to me, a sleepsuit just shouts “Baby!” so I’m hoping she’ll be so cute that even grumpy fictional businessmen will be inclined to think nicely of us.

And on the topic of changing… I’m prepared for LOTS of it. Just in case. Four of everything and a gazillion nappies set for lift off.

Just in case…
Umm, I figure this includes packets of Calpol, a sippy cup for water in case things go horribly wrong when we land in a tropical climate and my breasts just aren’t doing it (I know this is probably unnecessary) and a few toys and a book to make me feel like I’m being proactive in entertaining her. I’ve heard vomit bags do the trick though.

So have I forgotten anything? What would you make sure to have when taking a baby on an 8-hour flight?

Travel with baby Part One: Preparing to fly