Valentine’s Day Crafts with a Two-Year-Old 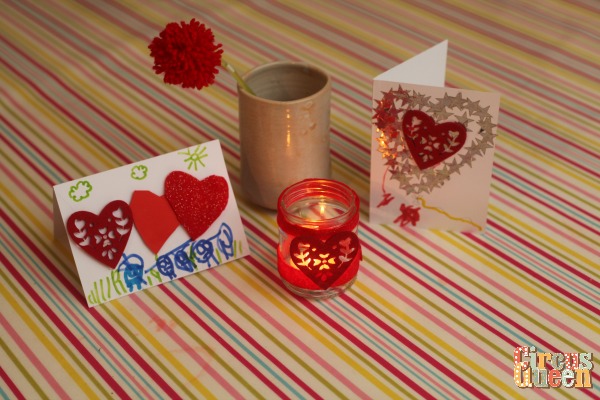 Talitha and I have taken up a fun Bostik challenge to make something with products they send us each month. In this case, it turned into a few things!

In this lot we were sent Bostik Glu & Fix all purpose clear glue and Blu Tack foam pads.

Talitha is a bit obsessed with cutting at the moment and has become wildly independent about what she wants to add to things.

I’m trying my best to let go of my silly rules and keep my mouth shut, though, because I remember falling out of love with art as a child because nothing turned out the way I wanted it to. I really don’t want this to happen to her.

At any rate, her ideas are often more creative than mine! I drew some bits for her to trace on one of the cards. She sensibly ignored them and drew Peppa Pig’s family instead.

So a lot of what we did here was being led by what she wanted to do in a kind of a collaborative way. I suggested some things, she considered them and then decided what to do.

She also, naturally, did all the cutting and sticking herself. I just helped with applying the all purpose glue because it’s potentially messy stuff and the sticky pads because they’re a bit fiddly.

I may have had a hand in the pom pom making. She enjoys it for a bit then gets bored.

It was a real lesson to me in choosing process over product, though I think the end result is pretty cool too!