Waking up in Cornwall – a life update 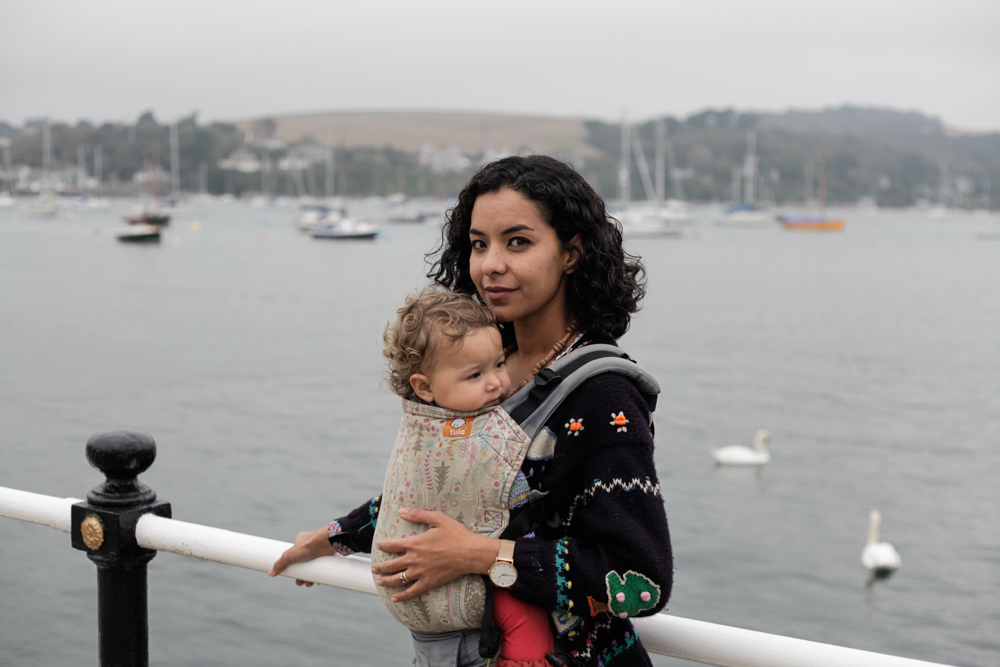 I was reorganising the playroom the other day (because when am I not reorganising that room as if I’ll one day walk in and magically find there isn’t too much stuff in there) and I had a bit of an epiphany. I wasn’t holding a baby. There wasn’t a baby calling for my attention. She wasn’t even in the same room, off instead with her sisters in the adjoining living room, genuinely trying to join in with whatever game they were playing.

I know it’s been like this for a while. They make a lot of space for her and I’m not even sure she’s aware that at fifteen months old, she’s a good few sizes smaller than they are. But I don’t know. Filling a bin liner of stuff-we-are-so-not-keeping-why-did-we-even-bring-it-with-us-in-the-move, I recognised a clarity of mind that’s been absent for some time. I feel like I’m waking up from a two-year stretch of dysfunctional sleep in which my dreams have mainly consisted of trying to wake myself up or trying to lift my eyes to see something above me and finding my lids an obstacle. It feels like freedom.

Nine months on from our move to Cornwall, a settling the length of a pregnancy, I’m waking up somewhere new, somewhere I’d never imagined being. My life looks so different here. My children are considerably older. It’s becoming a stretch to call Delilah a baby. She has only to start walking and I’ll have to admit what she already knows that she is a child. Ophelia is suddenly, at three and a half, full of conversation, reasoning and astonishingly well-expressed opinions. Talitha is on to chapter books and bigger questions and showing me how to do stuff. Six feels like such a different phase but then I’ll always feel that way about the eldest, I guess.

But it’s not just about the kids. Something has shifted for me outside of that. Perhaps the physical space is impacting the landscape of my mind. I do believe in that sort of thing. I am spending so much more time outdoors than I ever have in my life and there must be some effect specific to being confronted by so much beauty so frequently. I am amazed that I get to exist here right now.

There’s also something in the practicalities of how our life has changed. I’ve had to make more of an effort to grow a social network. Concern for the kids has been a powerful motivator in that regard. Coming to terms with that has been such a freeing thing, to know that I just have to go for it so I’m just going to go for it. Recently, I recognised that I experienced a huge loss of confidence when I moved countries eleven years ago and I’m really only starting to recover some of that now, through this process.

At the same time, I still harbour a lot of fears around taking these wonderful connections that I’m making with people and going further with them. Yet I know that caution is double edged and while not making myself vulnerable, not opening up might spare me rejection, it also prevents me from going as deeply as I want to go with people and anyone who already knows me well knows I am always longing to go so, so deep. So, yeah, that’s something that’s going to take time but it’s also something that doesn’t happen on its own.

Waking up from the baby haze means starting to ask a lot of questions again about what my life is going to look like, about where I’m going to invest my love and energy. I feel the need to create, to reach out there, to be a part of something bigger again.

Inevitably, my thoughts also turn to God. I don’t shy away from talking about faith here on this blog but it is difficult sometimes to know how to frame it when mostly my mind is full of questions and my heart is hungry. I know others who say they’ve found great sustenance in God in times of overwhelm like the baby rearing years and cross country uprooting. That’s not me.

Honestly, I feel like I’ve not had time to process a lot of things that have happened over the past few years and that I haven’t had the clarity to contemplate. I’ve felt sometimes like I’m walking into spiritual experiences broken, with doubts and disappointments that should not be named for fear of what others might think. This is no way to live so I won’t do it anymore. I am hopeful that God’s hand still holds me when I feel uncertain about being touched. I don’t know what the journey looks like from here but I am so open.

I suppose this post is a bit of a chatty one, attempting to start throwing my thoughts out there again with some regularity, even if it means at times laying myself uncomfortably bare.