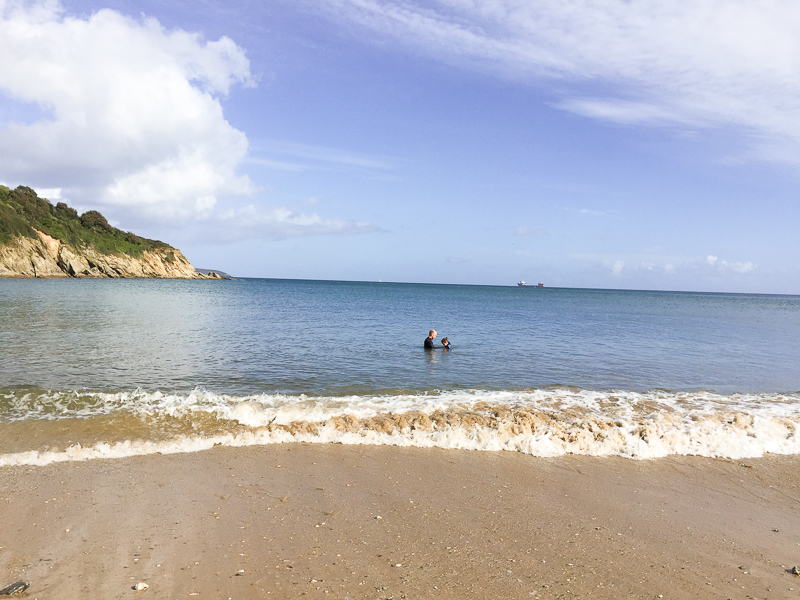 It’s been a bit quieter here in the last couple of weeks. Those who follow me on Instagram may have seen that we were in Cornwall, in and round Falmouth, to be specific. We actually weren’t on holiday, though staying in a caravan and hanging out on the coast did make it feel that way. Laurence was working the whole time we were there. When I’ve mentioned in recent updates that he’s been working away, that’s where he’s been. We’re moving to Cornwall.

We made the decision when I was 38 weeks pregnant with Delilah (who’s now ten weeks old, can you believe it?!). We agonised over it, prayed about it. It’s such a good opportunity for Laurence, doing work he enjoys in a part of the country he’s longed to move back to. It’s a chance for our kids to grow up immersed in the outdoors. And I get to live near the sea again, something I’ve been aching for.

Still, we’re moving hours away from family and friends we will miss. Stepping out into the slightly unknown. Even after a week down there, imagining what our life there could be like, I felt my stomach knotting itself on the motorway back to Bristol. Saying goodbye is hard. Change is scary.

In a sense, I’m already a long way from home. In another, I don’t know where home is anymore. It’s not as drastic a move as going back to Trinidad and Tobago would be. My family is my home. My home is a moveable thing.

The children and I spent the week looking around Falmouth, meeting up with home educating families I’d make contact with online and chilling in the caravan. We spent an entire day in Maritime Museum (as in almost opening to closing!) and they still asked to go back the last morning we were there. Another day we visited Trellisick Park, a stunning National Trust property near Truro. We also made it to a home ed group in a community garden.

I’ve been so touched by the welcome we’ve received from people we met up with. Strangers have made us feel like friends. That’s made me feel a lot less anxious about the move.

We’ve only recently made the news public, partly because we wanted to tell people as we saw them but also because I needed to spend some time down there to wrap my head around what we were doing. I’d previously only been to that bit of Cornwall for maybe half an hour at most. Now that we’ve accepted an offer on our house here and had our offer accepted on a house down there, the wheels are fully in motion. We’ll be visiting a couple more times before the big move but it’s on. It’s happening. Hopefully in January.

The children are excited about the move but it’s hard to tell how much they really understand, that being there means not being here. We’re not making a big thing of it, though. They’re little enough that the adjustment may well be simple enough. There’s no point worrying them by harping on about something that’s overwhelming even to an adult.

We met Laurence for fish and chips on the beach after work and he took them swimming in the sea on the weekend. So far, that’s what the move means to them. They delight in meeting new friends and finding new places. It looks like the one with the most mixed feelings is me. But I am excited by the prospect of new places, new people, new plans. I really am.

I struggle with the idea of there being a prescriptive, singular plan God has for each of us. At the same time, I’m so aware that this is an opportunity to ask fresh questions about what it means to live intentionally, pursuing purpose. I wish I could say it was clear what this means in the context of this move. All I can see right now is an opportunity to make little decisions prayerfully, trusting that wherever we go and whatever happens, we are not alone.