What I learned from our first year of home education 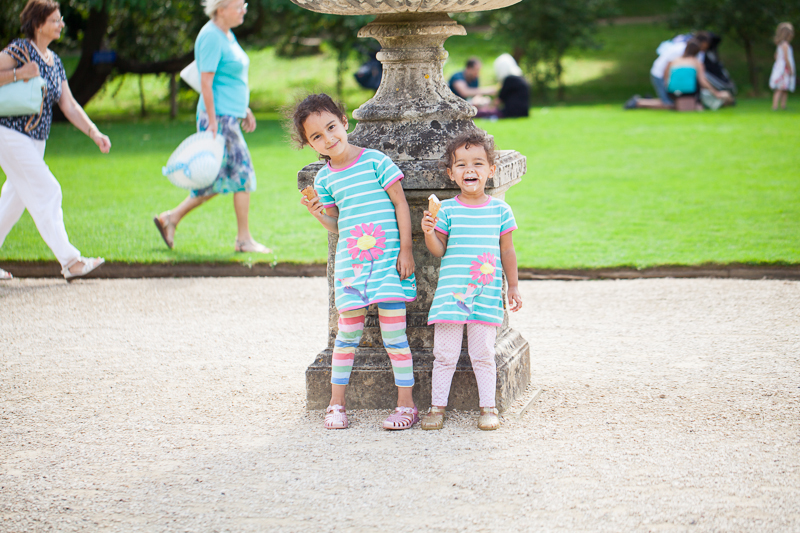 Talitha would be starting Year 1 today if she were in school. This is significant to her because she has friends in school and because it gets mentioned in her church group. We don’t follow the national curriculum so it doesn’t mean much to me other than we’ve talked about it because it matters to her. I am, however, keenly aware of her age. She turned five in June which means that we are now legally home educating. This doesn’t particularly change anything that we’re doing but it’s another big step, you know? Yes, we’re really doing this.

As we come to the end of what would have been her Reception year, our first year of officially home educating, I’ve taken a moment to reflect, not on what she’s learned but on what I have.

Stop comparing
Home educating, like all things parenting, is vulnerable to the beast that is comparison. It’s too easy to compare myself to other parents. I wish I were as organised, creative or relaxed as they are. Or worse, I could compare what my kid is doing to what others are, whether they’re schooled or not. Should she know that by now? Would she be if she were in school? Has she done that too soon? Have I pushed her without meaning to? Is this the right approach? Maybe they’ve got it right and I haven’t. It can go on and on.

At some point in the last year, I decided not to pay too much mind to what anyone else was doing. We just have to do what works for us and no one else is going to be able to work out what that is. As for what the kids are doing, they really are all different so that’s another reason to keep my eyes on what’s in front of me.

Respond positively to criticism
I’ve been surprised by how sensitive I can be to perceived criticism. I’m putting this down partly to this having been a stressful year with being pregnant and hideously tired and Laurence’s job situation changing all the time, often taking him away. I think it’s also to do with there being no concrete measure of success to what I’m doing and I don’t cope so well with that. No one is coming along with a red ink pen to tick my life decisions. The fact that I even want that hugely exposes the lasting impact of my own schooling.

I am trying to remember that what looks like criticism is often curiosity or a well-intended suggestion. I’m also trying to invest less in what others think of me and to avoid getting in too deep with people who leave me feeling negative.

Don’t buy everything
One of the amazing things about home educating today is the sheer number of resources available. Thanks to the internet, it’s easy enough to find something for everything – and possibly get ridiculously overwhelmed. I confess I have a habit of shopping around – Ooh, that looks good – but realistically, my five-year-old doesn’t need that much. A lot of the time we can make do with what we have or there’s something free online or at the library. So, I’m trying to be more disciplined about using what we’ve got and only looking for something else if the need arises. Mostly, I’m the one who needs to do more reading and thinking – for my own benefit!

It’s all learning
I knew this before but I’m even more aware of it now. Whether she’s in the garden, playing dress up with her little sister or drawing alongside friends – it’s all learning. Education isn’t something that starts when I say – in fact, most learning happens when she says. She’s often doing her thing and working things out quietly while she plays, stops to ask a big question all of a sudden or debates something with a friend.

Learning happens regardless
This has been such a lightbulb. This year has ended up being a lot less structured than I planned, mostly because I was exhausted with the pregnancy and then, more recently, busy with a newborn. I felt awful about the fact that I was often having to say “not now” to things Talitha wanted to do together and I am looking forward to being able to make more plans with her now that I’m feeling loads better.

But learning has happened regardless. Periods when we hadn’t done anything to do with maths or reading for weeks, we’d come back to it and she’d got there on her own, either by looking at books quietly or just things clicking as she played. She can read enough to do a lot of things independently now and though she may have got there faster if she were in school or if I’d spent more time on it with her (she showed all the signs of reading early) I’m happy that she’s got to where she’s got in a way that hasn’t been stressful for either of us and that she can really take ownership of the process.

This is about all of us
More than ever, I’m convinced that home education for us is a family-led pursuit. It’s not just about my agenda or theirs, it’s about figuring out what works for all of us as a family. We are all happier when we have some plans in place but we must not be inflexibly ruled by them. Sometimes one child’s needs must be attended more urgently. And in the excitement of trying the latest thing with the eldest child, the younger ones must not be neglected. My own needs, too, matter. Having a childcare day once a week massively helps with that.

We don’t have to go out all the time
The final thing I’ve learned is that we don’t have to have a routine packed with groups, workshops, outings and even play dates. We can mix it up. Sometimes we thrive on being out loads. Sometimes none of us want to leave the house for a while. Most weeks are a happy mix of both. This is a relief for me, especially with a new baby who needs quiet time at home. I’m sure it would be different if my children didn’t have each other but even though they do fight, they get so much from playing together. It’s alleviated Talitha’s manic need to have somewhere we were going and someone we were seeing every day back when she was three.

We all need order
I’ve never been very good at the whole tidying thing but this has been the year we’ve started to crack it. We still have a way to go but high usage items now vaguely have their place and the kids (and I) are getting better at putting things away before moving on to the next thing. Investing time and energy into this means that I am much happier and they are able to play more creatively because they know where to find things and remember what’s available.

Watch the child
I’ve been reminded again and again that one of the reasons we’re home educating is to give our children the opportunity to learn at their own pace. Sometimes we’ve hit pause on something (like an online maths game) because it just wasn’t clicking and then Talitha’s suddenly wanted to give it a go at a later date and suddenly found she’s able to do it.

I’ve also realised that she and her little sister are very different people. Talitha was writing her name before the age of two and knew all her alphabet sounds. Ophelia isn’t doing any of that but she could count accurately earlier than her big sister could, understanding the correlation between objects and numbers. One drew earlier and the other built earlier. And none of this is any predictor of their future abilities, education or career paths – just as the earlier walker isn’t necessarily the one pegged for athletic prowess. Being home educated simply means that they can progress to wherever they’re going just as they’re meant to.

Do you home educate? Please do consider linking up any post about something you’ve been up to below. All approaches welcome! x

Other posts in this series:

Every month, I’ll give a little update on what we’ve been up to as part of This Homeschooling Life, a new linky I’m hosting with blogger friends Jess, Polly and Laura. If you blog, consider linking up.

This Homeschooling Life is a linky sharing a week, a day or even just a moment from your life as a homeschooling family. We are hoping it will be a great way to discover new blogs and learn how we all do things differently.

The linky will open at 8am on the first Monday of every month and, throughout the rest of the month, the hosts will share your posts on their social media channels.

1. Link back to one of the hosts. You will find the code for the badge at the bottom or if you prefer you can use a text link.

3. Link directly to a specific post, not your main blog.

4. Follow the hosts on at least one of their social media platforms.

5. Visit and comment on some of the other blogs linking up.

6. If you share on social media then you can use the #thishomeschoolinglife so we can all find each other.