What I learned when we moved 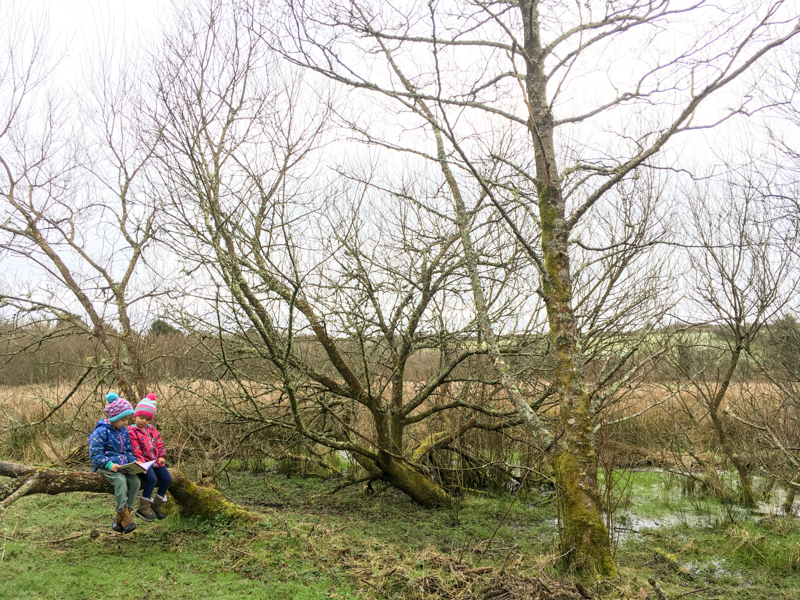 You might have guessed by the blogging hiatus that we finally moved into our new house in Cornwall. It’s been two weeks, in fact. The general chaos and the lack of internet meant that I just about managed a few updates on Instagram.

Other than that, we’ve been up to our eyeballs in mystery boxes, plodding through that stage where the house looks worse before it gets better. Finally, it’s got better. We are starting to settle and from even before we got unpacking, this has felt like home.

There’ve been a few surprises in it all and I don’t just mean the literal rubbish we accidentally moved with (and yes we did).

For a start, I was caught off guard by my need to mourn Bristol the moment we left it. I believe now that this was a natural and necessary part of the moving process and I’m grateful that we got to do it while in temporary accommodation in stunningly placed Crantock.

I’ve been similarly amazed at the gusto with which I’ve thrown myself into life here so far and how genuinely excited I’ve been about it all. I’ve never driven this much or been this adventurous about where I’ve taken the children on my own (this might explain why I got the car stuck in deep sand in Porthtowan last week and had to literally be dug out by kind strangers!). For years I’ve been pretty pathetic when it comes to meeting new people, allowing others to take the initiative but it’s as if I’m being released by the decision to be more intentional.

Moving cross country with a family has made this the most pressured of our moves but, in a sense, it’s been easier than any other I’ve made. Maybe it’s down to being that bit older or that the kids give me a convenient way into meeting people or even just a deep peace about this being where we’re meant to be in this season of our lives.

We were forewarned that moving can affect children in unexpected ways but we still needed to remind ourselves and each other that this is why they were waking up, why they were having nightmares, why they were regressing to younger behaviours.

Reminders helped us to re-baby them, to try to be understanding, to find ways of reassuring them. Feeling stretched by being so long in an in-between place, far from where our eventual destination was, we kept needing to be reminded.

A friend at church today asked whether we feel like our nomadic life is behind us and that’s an astute description of where we’ve been not just for two months in Crantock but from the time we decided to move here when I was 38 weeks pregnant with Delilah. Feeling unsettled certainly has affected my parenting, sometimes in ways I wish it hadn’t.

Yet they have adapted so well, our five and three year olds. Talitha talks about old friends and was brilliantly excited about the birthday party we went back to Bristol for a couple of weekends ago. Already she’s making new friends here too.

Ophelia is also starting to play with other children and talk about them. She is starting to develop friendships. The friendship between the sisters has really kept them going through this time of unpacking and distracted parenting. Still, they’ve needed us and it’s been hard to get the balance right between trying to get stuff done so we can get back into a life rhythm and making sure that that pursuit doesn’t take over our lives. I won’t pretend I’ve even mostly got that right. Who knows, aye?

They’ve also been such a help to me with Delilah who is going through an extremely clingy phase. They’ll sit and play with her or show her books while I sit her down for the few moments she’ll tolerate it. Upside to the clinginess and Delilah not crawling yet – we’ve been able to sort a lot of the house out without worrying about her getting into all sorts.

Something that’s shocked me, though, and not in a good way, is how controlling I become when I feel out of control. I knew this about myself before but the stresses of this move have really thrown focus on it. There is such a burden on my heart to make sure I don’t take this out on my family. But I do. I’m working hard on it but I know it’s a process rather than something that can be quickly fixed. It’s going to take a lot of slowing down my responses to situations and continually reflecting and asking why I’m doing what I’m doing.

If anything, rediscovering this reminds me that I can’t do this without the help of the One who parents me so gently and isn’t at all controlling. I’m finding that moving out of the familiar is giving me fresh spiritual avenues with God appearing in places I did not expect.

We originally weren’t supposed to move until next month but the quick sale of our house in Bristol and the struggle of Laurence driving down to Falmouth every week sped the process up. With Spring now in the full swing and Easter on its way, we couldn’t have better timed warming into a new place.

I’ll do a house tour, room tours or something similar at some point but we’ve only just managed to clear the floors. Although maybe there’s something in sharing the mess so we all remember we have chaos in common?