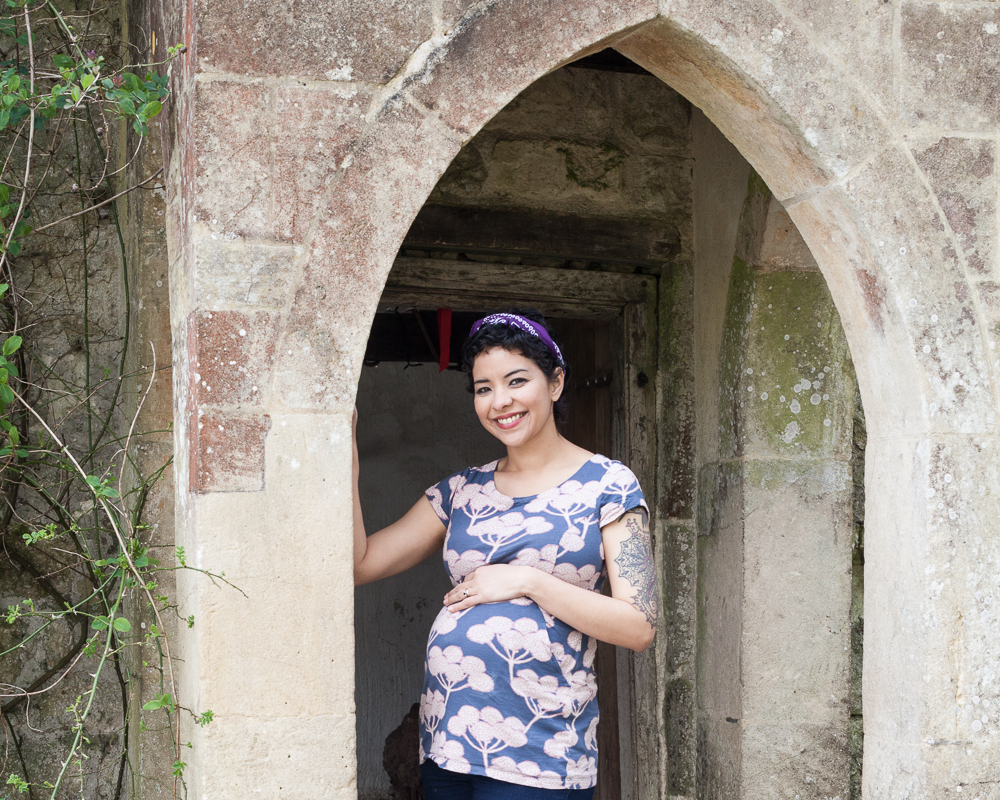 It’s been a while since I shared some of the things I’ve been loving lately so I thought I’d welcome the weekend with a little roundup. Let me know anything you’ve been into lately that you think I should checkout.

This is such an obvious thing but we are so much happier and healthier when we’re outdoors, aren’t we? The trouble is, I hate winter. Even all bundled up (this was my best winter on the layers front) I think having grown up in a tropical climate makes me particularly susceptible to suffering under the dark and cold. I’ve also been finding that carrying Ophelia or pushing a pushchair leaves me in agony with my ligaments softening in pregnancy.

I’ve been pushing through recently and committing to taking the kids outside once a day and staying out with them, even if it’s just the garden or the park across from where our home ed co-op meets, and it’s really been helping me to cope a bit better with everything else. It helps that we’ve had some warmer, sunnier days recently but I’ve been appreciating that there’s something to be said for a walk through the rain or pushing through the wind too. Ophelia is walking so much now that getting out is far less daunting. She’s also making good strides with learning to ride her scooter.

We’ve been waiting – it feels like forever – to watch Series 2 of Peaky Blinders. Yes, I know Series 3 is out now but Season 2 only recently came to Netflix. I was repulsed by so much in this series and really went off Cillian Murphey’s character, Tommy Shelby, in the earlier episodes but it’s impossible to stop watching, so beautifully shot and really captures British city bleakness. I only wish we hadn’t flown through the whole series in about a week.

Over on Amazon Video, I’ve been making my way through Series 4 of Vikings. This is one of those shows Laurence and I really should watch together as it appeals to both of us but for some reason we keep catching it when we’re apart. He doesn’t seem to be as into the latest series (maybe not enough full-on battles?) but I continue to be intrigued by what’s happening with Lagertha, the shield maiden turned earl. I have no idea how historical the programme is despite being produced by The History Channel but even if it’s pure historical fantasy, I’m happy to be taken in.

Also, a few weeks ago I watched Winter’s Bone on Netflix while babysitting for a friend and it’s really stayed with me. It’s truly a sign of a quality movie when you can’t stop thinking about it, isn’t it? This is the film Jennifer Lawrence was nominated in the Oscars for a few years ago and I can definitely see why. It’s terrifying, shocking, bleak and reassuring in one hit. I keep recommending it anytime “what have you been watching lately” conversations come up.

Rainbows seem to have taken over children’s clothing. Maybe I’m really suggestible with this sort of thing but I’m desperate to get a hold of some for my girls, especially for Ophelia who is rainbow-mad at the moment. I love this Frugi dress and almost bought it for her birthday but wound up being a bit skint at the time. Who knows? Maybe I’ll get around to making some rainbow clothes. Time to dust off those applique skills.

On that note, I’ve felt really convicted recently that I want to make more than consume. There’s a lasting pleasure that comes from creating that the quick thrill of buying just can’t match up to, for me anyway. Crocheting a granny square baby blanket for our baby due in July has been nothing short of therapeutic. I’m really looking forward to wrapping her in it.

Lastly, you might remember me going on about how Netflix’s Master of None was basically the funniest, most culturally literate TV series I’d seen in a long time and that I’d become an Aziz Ansari mega fan as a result. Well, on the back of that, Penguin asked me whether I’d like to check out his new book, Modern Romance and give away a copy. Well, yes I would. So here we go.

The book reads as a hilarious study of how technology, from sexting to online dating to social media, has complicated how people find love today. Ansari is astute in his understanding of people, open about his own experiences, thoughtful and laugh-out-loud funny in turn. He writes as he speaks and if you’ve ever seen his standup comedy, you’ll know that can only be a good thing.

To win a copy of Modern Romance, enter the Rafflecopter widget below.

Competition added to Loquax and ThePrizeFinder.

What we’ve been watching on Netflix

Our Christmas stop motion- Learning at home with Sprout by HP

Creating a stop motion animation with Sprout by HP