What we’ve been watching on Netflix – June 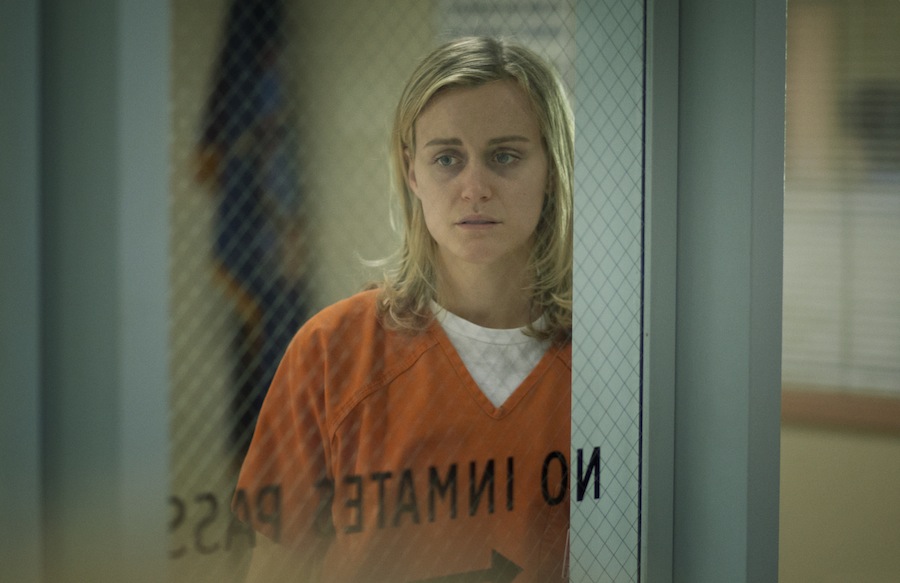 So, thankfully Laurence has been working in Bath for the past couple of weeks, which means he’s been home in the evenings rather than just on the weekends. Unfortunately, we seem to have got into bad habits and now don’t want to watch things together. We made a film attempt with 22 Jump Street but I don’t think either of us were really in the mood for it. Actually, I don’t think I’ll ever be in the mood for it. Sorry if it’s your thing. As soon as it was over, I went back to what I’ve been binge watching…

What I’m watching
For me, it’s all about Orange is the New Black (still from Series 3 above). Everyone kept telling me I’d like it but I’ve only just got around to giving it a go. I think I thought it was a comedy for some reason and I’ve been busy watching crying over indie movies instead. I turns out everyone was right. I’ve been sucked straight in.

We follow affluent “good girl” Piper Chapman into prison, sent there by her secret past as the girlfriend of an international cartel drug dealer, Alex Vause. Every episode asks questions about what leads us to the choices we make, whether we’re really that different from anyone else and what our judgment of others is based on.

I love getting to know the characters and their back stories. It’s often funny, at times heartbreaking and usually makes me think. And I’ve almost forgiven Laurence for calling it soapy, mainly because he’s probably right and I’ve decided I’m cool with that.

I’m into Season 3 and not finding Chapman and Vause’s relationship that convincing at the moment but I like Laura Prepon (Vause) enough not to mind (too much).

He’s a superhero that neither of us know much about. My brother used to talk about it and there endeth my knowledge. All Laurence has seen is the rubbish movie version but he tells me this is much better.

The series demonstrates how TV is able to dig more deeply into character as it attempts to uncover what motivates Daredevil and how he comes by the name. He’s a more “realistic” hero as is the baddie, Fisk. You kind of feel for him. He has a bit of tenderness to him while being quite brutal and unhinged.

What Talitha is watching
Talitha spent the month of June walking around with one eye raised, pretending to be Pato the duck from Pocoyo. We struck gold with this one as it’s not at all scary. She loves it because it’s laugh out loud silly. I like listening to Stephen Fry’s narration.

Other favourites have been Pingu (not on Netflix anymore, sadly) and The Very Hungry Caterpillar and Other Stories by Eric Carle. We have the latter on DVD but she hadn’t watched it in a while so it was a pleasant rediscovery. It’s such a gentle, soothing, pretty animation.

What are you watching at the moment?

Posting as part of the Netflix #streamteam