When it’s hard getting breastfeeding started 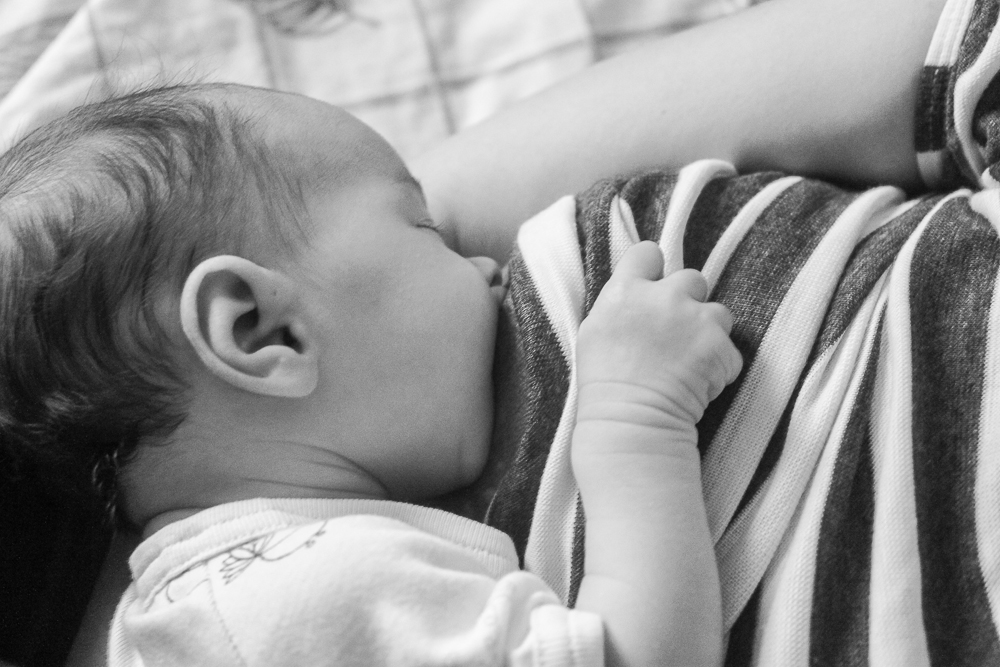 I had a hard time establishing breastfeeding with my first baby, Talitha. From the start something didn’t seem right but we didn’t suspect a tongue tie until a lactation consultant suggested it at six weeks in. It was confirmed and cut by the infant feeding midwife at our local hospital when Talitha was eight weeks (it had to be cut again at twelve). By that time, my milk supply was damaged.

I wasn’t making enough milk, my baby was literally attached to my breasts from morning until night (and I mean “literally” in the conventional sense of the word). Her weight gain was static. I would see others lay their babies down for a moment and wonder how their baby allowed it. Mine didn’t often seem content, whether in arms or not. And she never pooed very much from well before the six-week mark where breastfed babies’ nappies often change.

At the time, I felt like there were two routes breastfeeding could take. You either took to it naturally and that was that, or you struggled and ended up formula feeding. I scoured the Internet for stories of mothers overcoming breastfeeding problems but they were in short supply (I’ve since found many more and am so glad they’re out there). Armed with information from the lactation consultant (I was paying to see April Whincop of Believe in Breastfeeding – I’d recommend her any time), I started the plan to increase my milk production while feeding my hungry baby.

It involved things I never expected to be doing. I supplemented with a dosage of formula we’d worked out, administering it with a supplemental nursing system (SNS) attached my breast. When my baby took the nipple into her mouth, she also took a tube, which supplied her with the extra milk. As much as I could, I added expressed breastmilk to the SNS. I was pumping after every feed and between feeds if she would unattach.

I was also on a dosage of domperidone to stimulate milk production and I found it remarkably effective. It was difficult getting doctors to prescribe it for me as its a medication used for other purposes and I wanted to use its side effect. It also carries risks found in studies done on elderly patients but hasn’t been studied for lactation by women of childbearing age. However, I saw different GPs and eventually found one who would prescribe it because he’d already done research for another breastfeeding patient.

Whenever I breastfed, I positioned and attached my baby as carefully as possible, holding her firmly so she didn’t slip off as she was prone to do. I gently squeezed my breasts while she fed, doing breast compressions to increase the flow. We spent a lot of time in bed together.

I look back on that time and I’m not sure how or why we managed to keep going. There’s a part of me that just felt like I couldn’t stop. It was the most stressful time of my life. In fact stress doesn’t fully describe the toxic blend of despair, grief and shame I felt at the time. I was triggered by seeing other women breastfeeding their babies seemingly with no problems. I felt like my body had failed to do pregnancy and birth gracefully and now was on a long, torturous journey to ending something that should have come so naturally.

But why did I continue? I think, actually, it could have gone either way. I was blessed to have come from a background where breastfeeding was utterly normal. My husband was completely supportive, taking such good care of us, taking her in the sling so I could rest, sorting the house and cleaning and assembling the SNS many a time. I’d say, “The milk will all run out eventually.” He’d say, “You could continue until it does.” He didn’t flinch at paying for a lactation consultant, buying the pump, the SNS or the formula. I never felt he pressured me either way. He just wanted the baby and I to be healthy and happy. I know that if I’d stopped, he would have respected that too.

I had access to a lactation consultant. I was friendly with the breastfeeding helplines. I had a local breastfeeding group where I knew what I was doing was supported, though I stopped going for a while because it was all too much. I took her to an osteopath since it was suggested that might help.

I had this blog and many kind comments from readers who’d breastfed, mixed fed or formula fed. It was space in which to work out my messy feelings.

It was the thing I mostly prayed about and asked others to pray with me about. I learned to take it one feed at a time, one day at a time.

I was motivated and supported. But even so, I often felt like I couldn’t do it. I had to visualise one feed at a time, taking one day at a time.

When Talitha was five months old, i realised I actually didn’t need to do any of it anymore. I didn’t need to supplement or take domperidone. In fact, I probably could have stopped sooner than I did but my confidence in breastfeeding was shot.

It seemed a miracle to come through it and be breastfeeding. It still does. I went on to breastfeed that baby for four years. I’ll be telling her weaning story in a few days for breastfeeding week.

What I learned is that there are many reasons why I woman feels she can’t breastfeed that may not be physical but are still valid. Breastfeeding beyond difficulty is not a decision that can be made by anyone else. But it’s also an option that needs to be held open, with information and support, for any woman who wants it.