Will you tandem breastfeed? 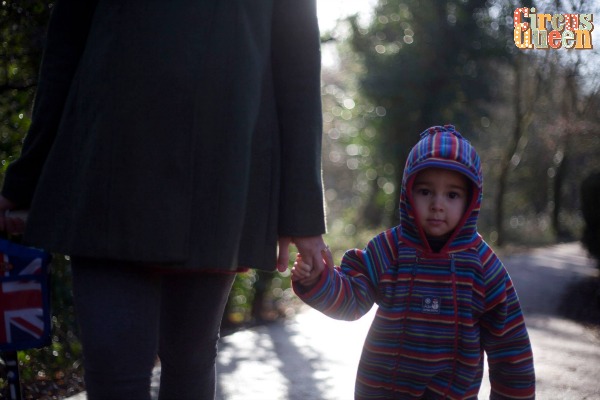 “Will you breastfeed both of them?” I’m getting this question more frequently now that the birth is in sight and Talitha hasn’t self-weaned as I thought she was doing.

She’ll be two years and eight months when the baby’s born. I’ve said before that I never expected to breastfeed for as long as we have. Along the way, I’ve learned how natural, enjoyable and healthy (physically and emotionally) it is for children to breastfeed beyond babyhood.

Once we passed the one-year milestone I never thought I’d make, what with all our early issues (late diagnosed tongue-tie, low milk production and all that followed to get breastfeeding to work) I saw no reason to put a time limit on what we had going.

I’ve put other limits, yes. Breastfeeding manners have long been established and when she entered toddlerhood, she had to learn to wait. When I fell pregnant, we night weaned. Certainly, breastfeeding has been a relationship, a safe place for each of us to learn how to relate to the other.

Still, I never thought much about the possibility of breastfeeding while pregnant. This, despite us trying to conceive for months. It was one of those things hanging about in the background that didn’t come into full focus until first trimester symptoms started to affect our breastfeeding.

As for tandem feeding, I kept putting off thinking about it. I know that this is partly because I didn’t really fancy the idea. I know a few mothers who have done it and though I see the definite benefits and beauty in what they’re doing, it also looks like hard work. But then, meeting the needs of two children, with or without the breast looks like hard work generally!

In the end, I decided to take a wait-and-see approach. So far, breastfeeding has often surprised me. I can never predict what my daughter in going to be doing when. In the first trimester when she had just turned two, I thought: “If she keeps feeding like this I’ll die. Maybe I’ll wean.” Later on, when my milk went and she lost interest, I thought: “Maybe she’s weaning herself. I’m kind of relieved but kind of sad too.” Now I’m like: “Doesn’t look like she’s weaning but, hey, who knows? I’m OK and she’s OK, either way.”

As for Talitha, she’s amazed me at each stage with how well she understands what’s going on. At one point, she practically rolled her eyes, teen-style, at the suggestion that she might also breastfeed when the baby arrives. Now she tells me that when the baby comes, the baby will need “lots of lots of milky” but that she will have “a little bit of milky as well”. We’ll see, little one. We’ll see.