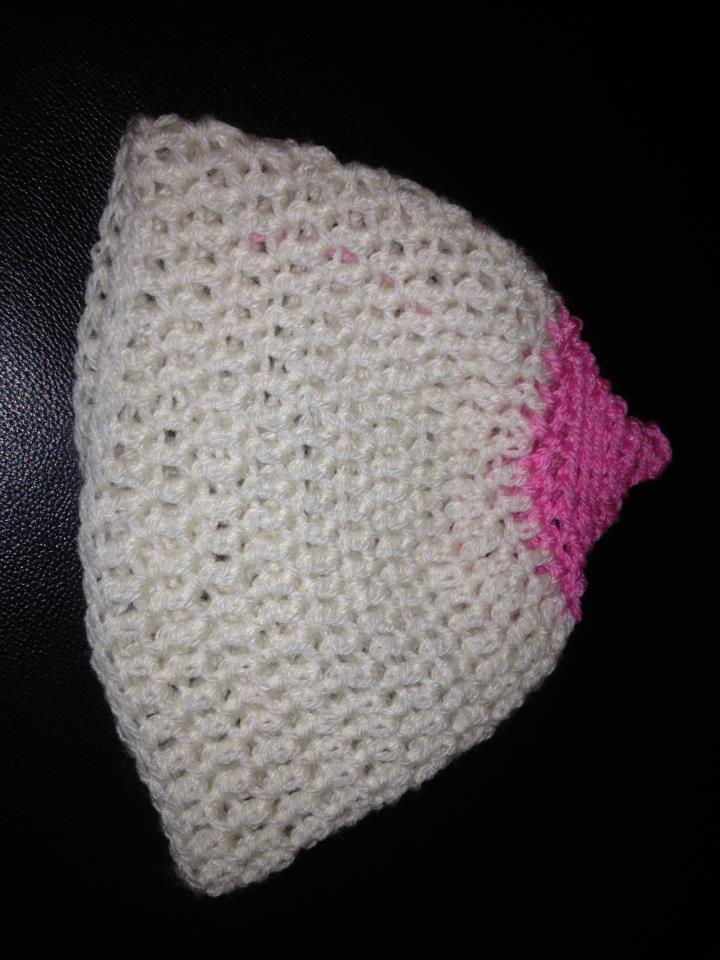 They’re all over the internet at the moment, these breast-like crotcheted baby hats. I first saw them in the post “How to do discreet breastfeeding” where Blue Milk called it: “A little F.U. from the lactating ladies.”

I just love them. I think they’re hilarious.

It’ll definitely get you a double-take when you’re feeding so, as Boobie Beanies suggests, they’re baby hats “for the brave”. I’d add to that “with a keen sense of humour”!

You lot seem the confident sort to me, so Boobie Beanies have agreed to give one of you one of their hats. The hats are handmade from Organic DK wool, made to order to fit your baby and come in the colours Black, Asian and White.

Cara at Boobie Beanies took up crotchet while at hospital diagnosed with Pluerisy when she discovered that she was “a rubbish patient”. After seeing the cartoon Hathor the Cow Goddess knocking about on Facebook, she joked to her lactivist sister, pregnant with a third child, that she could make her a boobie baby hat. When all her sister’s friends started asking for her to make them one, Boobie Beanies was born.

To win a boobie beanie, share your or someone else’s strategy for breastfeeding in public in the comments.

(I’ll start: “I’ve stopped over-thinking it. If I flash a nipple, no biggie. But if I am a bit uncomfortable, wearing two tops helps.”)

Competition open to UK residents only. Entries close on March 13th at 8pm.

The winner will be chosen at random and announced the following the day on the Circus Queen Facebook page .

Boobie Beanies will contact the winner shortly after to arrange details and delivery.