Yeogurt fit for a baby’s hair 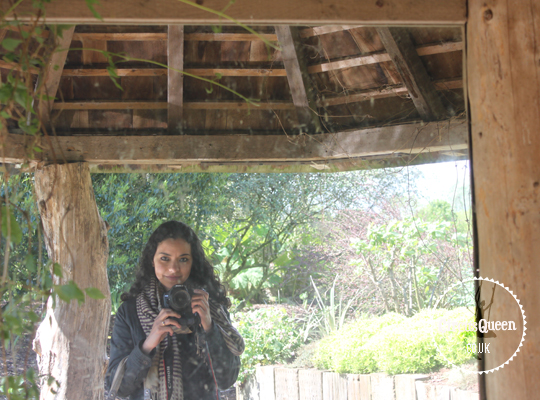 Natural yogurt became a steadfast part of my daily routine the week I gave birth to Talitha. I had this huge paranoia about my health for some reason.

Anyway, I ate enough of it to get really picky and set in my ways about it and now when I eat any yogurt, it doesn’t taste right if it’s not Yeo Valley.

So I was intrigued when Yeo Valley invited me to come hang out with them last Friday. I wasn’t sure what to expect though. Would we walk through a factory, dip our faces in yogurt, and maybe wave at a cow?

Anyway I said yes because I welcomed a day out in the Somerset countryside. They’re based in Blagdon across the lake from my in-laws (the lake in the sexy farmer Xfactor advert) so I hoped I could entice my mother-in-law to babysit. She loved it.

What mainly sold it to me was that it would be a chance to spend time with other bloggers and with a brand I’d already fallen in love with. OK, maybe it was the allure of death in dairy. You’ve got me.

The day began with a short walk over the Mendip hills in the crisp morning air. Our guide Les gave us a history of the area in rocks, showed us some wild garlic and nettles, and even pointed out an orchard he’d helped plant.

With each step he drew intricate connections between Yeo Valley’s sustainable farming and the stunning nature that surrounds it. His phrase “history, mystery, myth and magic” summed up for me the charm of his storytelling.


The day painted for us a picture of Yeo Valley that went beyond the yogurt to tell a story of the people behind it. I got the sense that everyone working here shares a passion for enjoying beauty, producing quality and living in tandem with nature.

Up at Wills Barn, an education centre which only uses enough electricity to boil a kettle, we got stuck in with yogurt tasting. On one end the samples began with the natural yogurt which die hard fans like me hold fast to, along with a milder version for those who find its distinctive taste overpowering (to which I say, “huh?”).

At the other end was the new luxury “Top Notch” line with fruit compote at the bottom. My favourite of these was the Sticky Fig & Honey. Other stand-outs for me were the Lemon Curd from the fruity flavours (it’s basically a pudding) and the First Yeos which contain no refined sugar so would be perfect for Talitha.

We then had a cooking demonstration from the chef about whom I tweeted: “The @yeovalley chef is stunning enough to have been in the advert with the sexy farmers… #appreciationofbeauty”. He showed us how to make a sour dough bread made from a starter that’s been going for a mind-blowing 25 years, tea smoked trout which apparently anyone can do (we’ll see when I try!), dressing and a ridiculously easy cheesecake. Lots of recipes are available on their website.

And, of course, our appetites were being worked up for a reason.

Tummies filled, it was time for a jaunt around the gardens led by the head gardener with some gardening tips thrown in. I basically now want to burn my compost or will it out of being. It’s apparently got so much rubbish in it. And lord knows I’m never going to turn it but I now know that I need to. Fun fact: Yeo Valley has the country’s only organic-certified ornamental garden.

We did see some cows in the end, as expected, but they were indoors as the weather’s not great. I heartily recommend a visit to the West Country to spend a day with Yeo Valley. It was the best day out I’ve had in a while.

It was also lovely to see Mum2BabyInsomniac, Knitty Mummy, Being Mrs C and Bishopston Mum.

That said, I missed my baby as I’m not used to leaving her. I came home bearing gifts though. A couple of days later she eagerly demonstrated both how much she loves Yeo Valley’s natural yogurt and how messy baby led weaning is!

Disclaimer: Yeo Valley invited me to come spend a day with them and it was lush. That is all.

Yeogurt fit for a baby’s hair